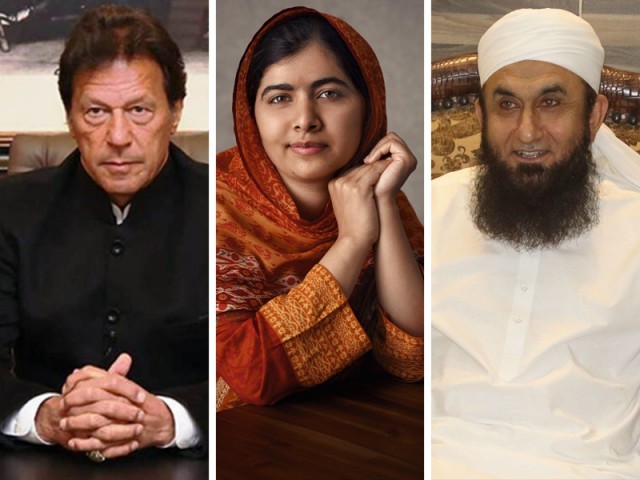 Published by the Royal Islamic Strategic Studies Centre, the list includes Muslims around the globe who are recognised for their efforts and contributions in their respective fields.

Among the top 50, Premier Imran ranked at 29th  position for his eminent contributions not only as a political leader but also as a philanthropist and a sporting legend. His take on corruption and bringing accountability to the forefront has earned him praises around the world.

The prime minister has already implemented cutbacks in extravagant government expenditure and is using his personal credibility to fundraise for a dam, according to the publication.

Imran’s 22-year long journey as a cricketer and recognition as one of the game’s finest all-rounders is not new to ears. “His ability to lead and unite an often disparate team, culminated in Pakistan winning the 1992 world cup. It is this same ability and success that many hope can be replicated in the political field,” read the publication.

Malala, the youngest Nobel Prize laureate, also receives an honourable mention in the category of ‘social issues’. It is not the first time when Malala’s endeavours are commended on global forums. She has also been listed as one of the 25 Most Influential Teens of 2014 by Times Magazine and has been granted audiences with royalty and world leaders.

Back in 2013, Malala also addressed the UN, received the prestigious Sakharov Prize and was nominated for the Nobel Peace Prize which she co-received in 2014 at the age of 17.

Maulana Tariq Jamil, one of the most prominent preachers in the country, was also featured in the publication. In addition to running a madrassah in Faisalabad, he has delivered thousands of lectures around the world which have been very effective in influencing all types of the community ranging from businessmen to minsters, actors and sports celebrities, according to the publication.