Says state is empowe­red to regula­te exerci­se of such right by virtue of a licens­ing system­
By Hasnaat Malik
Published: September 14, 2019
Tweet Email 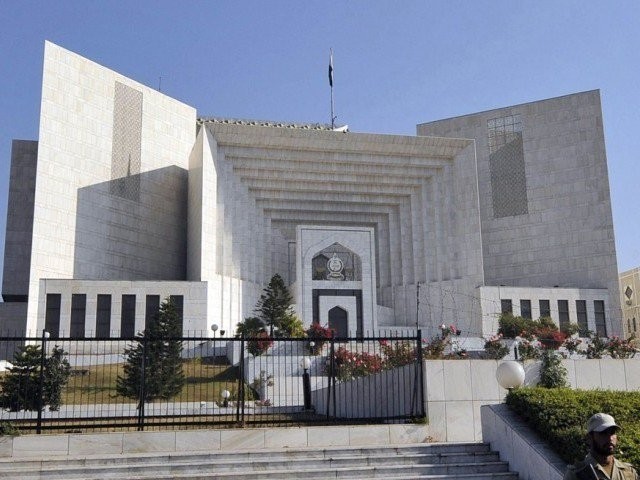 ISLAMABAD: The Supreme Court has held that the right of doing business relating to private educational services industry in order to earn money is not an ‘absolute or unfettered’ one.

“We are of the opinion that while the citizens of Pakistan have the right to conduct business relating to the private educational services industry in order to earn money, such right is not absolute or unfettered,” said 72-page detailed judgment authored by Justice Ijazul Ahsan in private schools fee case.

“Instant case arose from judgments of the Lahore High Court and the Sindh High Court, before which various writ petitions were filed challenging the provisions of the law regulating schools fees of private educational institutions in the provinces of Punjab and Sindh.”

The judgment said the power to regulate and control prices/fees has to be exercised fairly and reasonably and is justiciable on the touchstone inter alia of being unreasonable or arbitrary, the onus being on the person alleging un-reasonability or arbitrariness.

The court noted that the laws in the provinces of Punjab and Sindh both aim to give the government control over unrecognised private educational institutions by providing for a system of registration and to regulate various matters including school fees and staff salaries.

“It appears that the legislature thought that the supervision of private educational institutions was necessary and in public interest, particularly from the perspective of students and their parents considering the tendency of unregulated, unpredicted and exorbitant increases in school fees, hence the caps; and from the perspective of teachers when it came to their salaries.

“Furthermore, there is sufficient empirical evidence in the Auditor General ’s report that pointed towards profiteering. It cannot be said that these laws are akin to punishing the private sector for the delinquency of the state in providing education to the children of Pakistan.

“Rather they have been put in place to curb the tendency on the part of private education sector to generate disproportionately large amounts of profit at the expense of students and their parents, as indicated by the Auditor General’s report, through exploitation of the unfortunate situation where high quality education is scarce due to lack of resources or initiative on behalf of the state.”

The court held that some feeble arguments were made by some of the counsel representing private schools to justify or explain the damning indictment in the voluminous but laboriously and skillfully prepared report of the Auditor General, but such attempts had no substance.

It said no empirical data, figures or statistics worth any weight was presented on behalf of the private educational institutions to contest, dispute, explain or dilute the conclusions of the AG report.

As regards the lack of uniformity between the laws in Punjab and Sindh, the judgment noted that this can be explained by the difference in the dynamics of the provinces in terms of their private educational services industries particularly after the 18th Amendment which makes education a provincial subject.

“These are policy decisions taken by the respective legislatures and/or executive in exercise of its delegated authority which are ordinarily not to be questioned or interfered with lightly,” it added.

Justice Ahsan also noted that the court is cognizant of the hard work that many of the school owners have done. “We do not in the facts and circumstances find the restrictions in question to be arbitrary or excessive in nature. Furthermore, we are of the view that the restrictions do not constitute complete prohibition or prevention.

“In economic theory, such regulation is employed as an incentive to reach a desired outcome for society which in this case is the provision of education that is accessible and does not become inaccessible by virtue of exorbitant and unreasonable increase in school fees.

“While such regulation can be adopted by governments and regulators in any industry, this is true more so for utilities and essential services that are intrinsically linked to fundamental rights in which the objective is availability and affordability of the utility or service while ensuring quality.

However, Justice Faisal Arab differed with majority view on rule 7(3) of the Sindh Private Educational Institutions (Regulations and Control) Rules, 2005, which allows schools in Sindh to increase tuition fee only to the extent of 5 per cent in an academic year, saying it is ‘unreasonable’

Justice Arab in his dissent note said arbitrarily determined cap of 5 per cent imposed under Rule 7 (3) and the manner by which it is to be enforced is an unreasonable restriction on carrying on a lawful business.

“Increase up to 8 per cent in an academic year without recourse to registering authority would be closer to the ground realities and at the same time save the department and the schools much of the inconvenience in the periodical revision of tuition fees. The government of Sindh is directed to amend Rule 7(3) accordingly within a period of two months,” he noted.