Ijaz Shah says no one will turn out for JUI-F long march next month
By Naeem Asghar
Published: September 12, 2019
Tweet Email 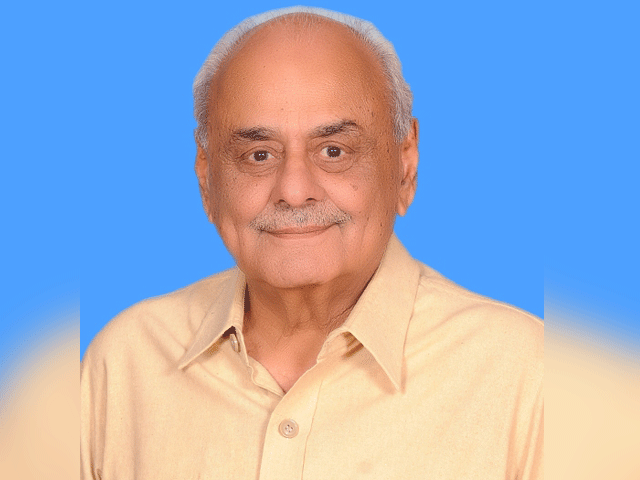 ISLAMABAD: Federal Interior Minister Brigadier (R) Ijaz Shah has ruled out the prospect of the government entering into a deal with the opposition or with Jamiat Ulema-e-Islam-Fazl (JUI-F) President Maulana Fazlur Rehman, adding that no one would come out for the long march to the nation’s capital announced for next month by the JUI-F chief.

He also said that the Sharifs should have been indicted in the judge video scandal. In a statement issued by the interior ministry on Wednesday, the federal interior minister said that the world had changed after 9/11 and all institutions were on board to assist the United States (US).

He also accused the ruling class of ruining the country, adding that no one person could be held responsible for the current state of the country.

The interior minister further said that the government had decided to control all Jihadi groups as there was no place for warlords or terrorists in Pakistan. He also vowed that no extremist would be allowed to use Pakistan’s soil and disclosed that all religious schools being run by the Jaish-e-Muhammad and the Jamaat-ud-Dawa had been taken into possession.

He claimed that Imran Khan, despite criticism, had cracked down on money laundering. On the case against former president Asif Ali Zardari, he said that, had the case not been strong enough against the former PPP co-chairperson, he would not have been in jail.

The interior minister further remarked that proving white collar crime was difficult and that all those who entered into deals with the government would not stay in Islamabad. He also contended that other political parties did not pose a threat to the Pakistan Tehreek-e-Insaf (PTI) and that the government was cleaning the mess left behind by previous governments of the last 70 years.

Brigadier (retd) Ijaz Shah also said that the police system was being improved, adding that the prime minister questions ministers for an hour in cabinet meetings about what had been done for the common man.

On the protest movement of the JUI-F, he said that he respected Maulana Fazlur Rehman as he was a religious scholar. He also predicted that the PTI would form the next government as well and that conditions in the country would improve in the next four years.