A key step in its target of achiev­ing a majori­ty of its overal­l sales
By Reuters
Published: September 11, 2019
Tweet Email 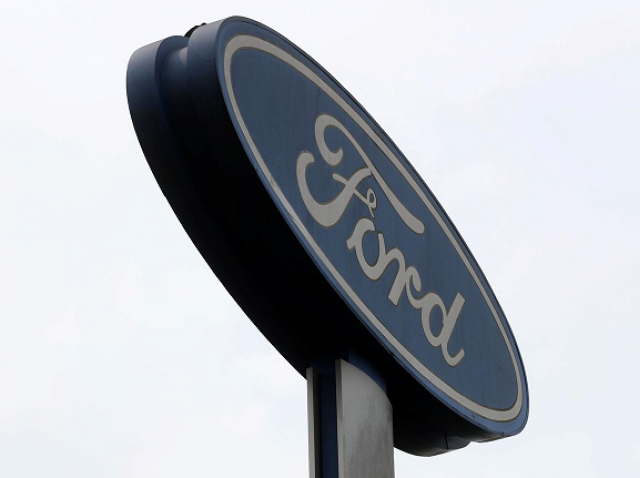 The Ford logo is seen at the Ford oldest Brazil plant in Sao Bernardo do Campo, Brazil September 3, 2019. PHOTO: REUTERS

Ford Motor said on Tuesday it would launch eight electric vehicles in Europe this year, a key step in its target of achieving a majority of its overall sales from electric cars by the end of 2022.

The US automaker is pushing into electric vehicles at a time when car manufacturers around the world are racing to slash carbon dioxide emissions in order to comply with more stringent environmental standards in the European Union.

Ford’s launches include electric variants of the Kuga and Puma SUVs and the Mondeo sedan. The automaker also plans to launch nine other electric vehicles by 2024 in Europe, including a new Mustang-inspired electric sports utility vehicle next year.

The automaker unveiled the models at the Frankfurt Motor Show in Germany, and said it would partner with six leading energy suppliers across Europe to provide home-charging wall box installation services.

The carmaker, like its rivals, has been facing stagnant demand and rising costs as it invests billions of dollars in electric, hybrid and autonomous vehicles in efforts to boost sales.

The company’s European business has been losing money for years and the pressure to restructure its operations increased after rival General Motors raised profits by selling its European Opel and Vauxhall brands to France’s Peugeot SA.

In a bid to slash development and manufacturing costs, Ford tied up with Volkswagen in July to jointly develop electric and self-driving vehicles.

VW agreed to plow $3.1 billion into Ford’s Argo AI self-driving unit, but estimated it could realise up to $20 billion in revenue by sharing its MEB electric vehicle architecture with Ford in Europe.

Ford had said it expects to build more than 600,000 electric vehicles in Europe over six years, sourcing components and the vehicle underpinnings from VW, helping both to cut costs.

The cooperation with VW on electric vehicles in Europe is part of Ford’s previously disclosed $11.5 billion EV investment worldwide.

The challenge of investing in low-emission vehicles while having to overhaul combustion engines to meet new clean-air rules, has forced Europe’s carmakers to slash fixed costs and streamline their model portfolios.

Waymo urges US to ‘promptly’ remove barriers to self-driving cars

The company will also introduce a smartphone app that will let its users and operators locate, navigate to and pay for charging.

Ford said it expects its electric vehicle line-up to surpass sales of gasoline and diesel models by 2022 in Europe, and expects to sell 1 million electric vehicles by then.

The company’s stock fell more than 5 per cent to $9.04 on Tuesday after Moody’s downgraded its senior unsecured debt rating to junk territory, as the carmaker pursues a lengthy and costly restructuring plan, with a cash cost of around $7 billion.