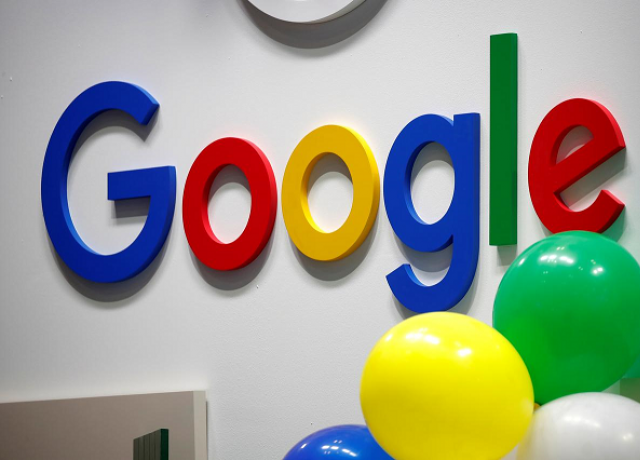 The logo of Google is seen at the high profile startups and high tech leaders gathering, Viva Tech,in Paris, France May 16, 2019. PHOTO: REUTERS

WASHINGTON: The potential penalties for several wide-ranging investigations into whether Facebook, Google and other big US tech companies used their market power unfairly include everything from breaking up the companies, to large fines and forcing them to create more competition.

Two groups of US state attorneys general on Friday announced separate antitrust probes of large tech companies such as Alphabet’s Google and Facebook. The Justice Department and Federal Trade Commission are investigating the two firms, and could potentially probe Apple and Amazon.

Here are three possible outcomes to investigations of the companies by US regulators and state attorneys general.

Senator Elizabeth Warren has vowed to break up Amazon, Google and Facebook if elected US president to promote competition in the technology sector.

While some Democratic lawmakers, and even a few Republicans, favor breaking up the companies, the appetite for such a dramatic action is not widespread in Washington.

Tech companies are some of the biggest political donors. Google spent $21 million to lobby in 2018 while Amazon spent $14.2 million and Facebook spent $12.62 million.

Warren and other lawmakers argue big tech companies smother small businesses and start-ups that are a threat. Facebook critic and co-founder Chris Hughes says the social media company has too much power over speech and that it is willing to “sacrifice security and civility for clicks.”

But antitrust law makes such a proposal tough to execute because the government would have to take the company to court and win. It is rare to break up a company but not unheard of, with Standard Oil and AT&T being the two biggest examples.

The most famous case in recent memory is the government’s effort to break up Microsoft. The Justice Department won a preliminary victory in 2000 but was reversed on appeal. The case settled with Microsoft intact.

In its recent settlement with the Federal Trade Commission for privacy abuses, Facebook agreed to pay a $5-billion fine after it was found to have inappropriately shared user data.

Facebook, which also owns Instagram and Whatsapp, said it would do more to protect user privacy, but the overall deal was criticised by regulators and lawmakers for not doing enough to rein in Facebook’s market power or make company executives accountable.

The three Republican FTC commissioners who voted in favor of the settlement called it “a complete home run” that exceeded any possible award if the case had gone to court. They also said they did not have the power to impose greater restrictions on how Facebook collects, uses and shares data.

While any future fines from the FTC, Justice Department or state attorneys general could be attention-grabbing in size, the companies are the world’s most valuable by stock market valuation and can easily pay large fines. They each generate in excess of $50 billion in sales each year.

FORCE THEM TO AID COMPETITORS

Democratic lawmakers in Washington have on several occasions suggested one way to address big tech’s market power on social media would be to make it easier for consumers to move data like photographs and contacts from one application to another, potentially opening up a path for new tech entrants to compete with companies like Facebook.

The idea, which is already part of European law, has the support of Representative David Cicilline, a Democrat who leads the House Judiciary Committee’s antitrust subcommittee, and Senator Mark Warner.

Cicilline has said giving consumers the power to move their data would spur the growth of social media alternatives that could offer features such as greater privacy or less advertising.

But the Electronic Frontier Foundation points out that on its own, “data portability cannot magically improve competition; the ability to take your data to another service is not helpful if there are no viable competitors.”

They also noted in a September 2018 report that a data portability project between Facebook, Microsoft, Twitter, and Google “won’t meaningfully help competition unless they allow users to move their data beyond a small cabal of incumbent services. Right now they don’t.”

Facebook said last week in a white paper it “supports the principle of data portability” but did not outline specific future actions.

Tech industry lobbyists at the Internet Association support the concept, and Facebook published research in support of the topic last week.