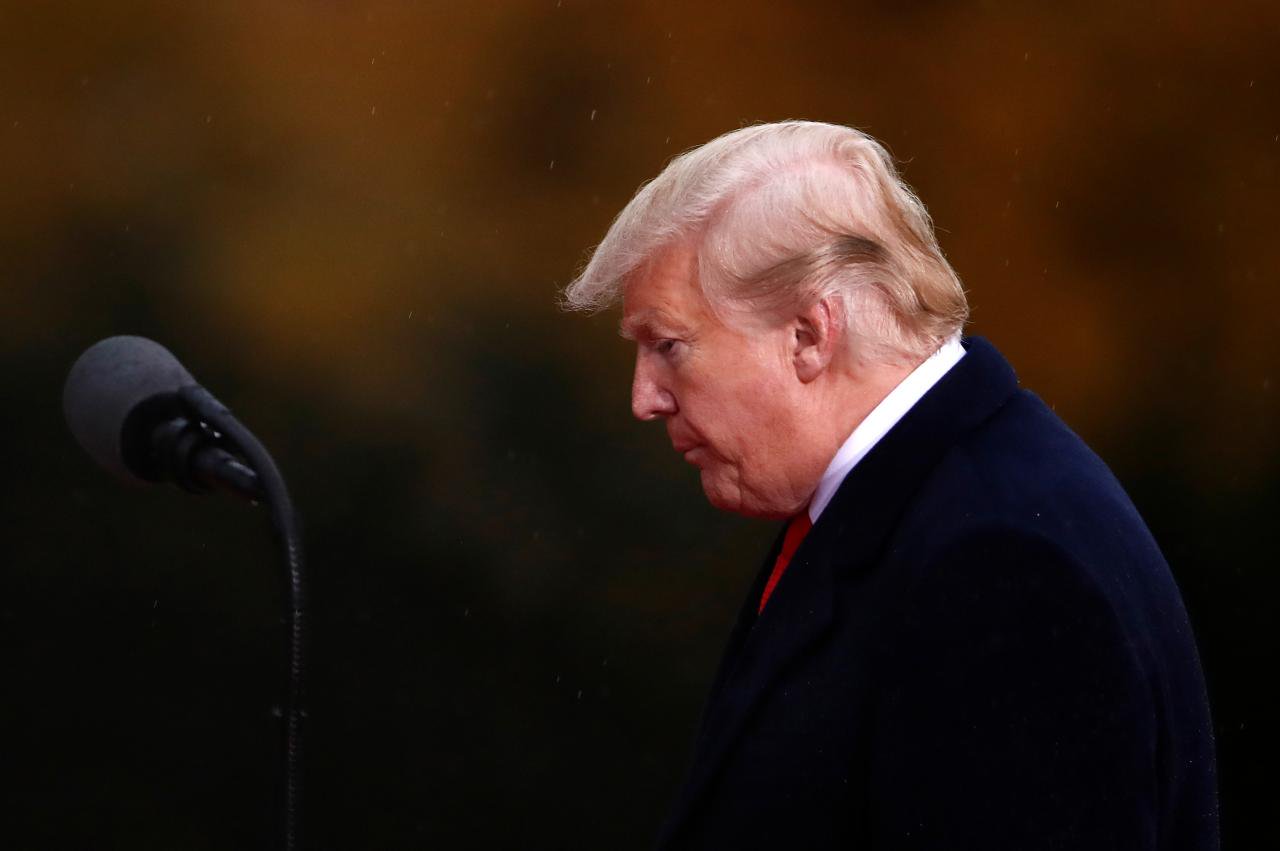 WASHINGTON: US President Donald Trump proclaimed talks with Afghanistan’s Taliban leaders dead on Monday, while the general in charge said the US military is likely to ramp up operations in Afghanistan to counter an increase in Taliban attacks.

Trump scrapped talks with the Taliban planned for Camp David, Maryland, over the weekend after an American soldier was killed by a suicide bomber in the capital Kabul last week.

“They’re dead. They’re dead. As far as I’m concerned, they’re dead,” Trump told reporters when asked about the talks as he left the White House for a trip to North Carolina.

Trump had hoped to cap months of US negotiations with the Taliban militants, who control large parts of Afghanistan, with a secret meeting at Camp David that would include Afghan President Ashraf Ghani and was aimed at securing an agreement to pull US troops out of America’s longest war of 18 years.

Despite the Afghan government’s wariness of negotiating with the Taliban, Trump had hoped having both parties at the presidential retreat could produce a deal.

A draft accord agreed last week would have seen about 5,000 American troops withdrawn over coming months in exchange for guarantees that Afghanistan would not be used as a base for militant attacks on the United States or its allies.

Bringing US troops home from Afghanistan has been one of Trump’s main foreign policy objectives, and the Republican president said his administration was still thinking about a drawdown of the 14,000 US soldiers in the country.

“We’d like to get out but we’ll get out at the right time,” he said. However, the end of the talks has fueled fears of a further increase in violence across Afghanistan.

The Taliban had stepped up attacks even as the talks were taking place in recent weeks.

US Marine General Kenneth McKenzie, the head of US Central Command, said on Monday the US military is likely to accelerate the pace of its operations in Afghanistan to counter the upsurge.

McKenzie said during a visit to Afghanistan that the Taliban “overplayed their hand” in peace negotiations by carrying out a spate of high profile attacks, including one that killed a US soldier last week.

“We’re certainly not going to sit still and let them carry out some self-described race to victory. That’s not going to happen,” McKenzie told a group of reporters traveling with him during a stop at Bagram Airfield in northeastern Afghanistan.

Ghani, who was sidelined from months of negotiations between US officials and Taliban representatives, had been deeply suspicious of the talks.

On Monday, Ghani made a renewed call for peace but insisted the Taliban must observe a ceasefire, which they have so far refused to do, as he sought to regain a hold on the peace process.

“Peace without a ceasefire is impossible,” Ghani said. The growing tension on the ground in Afghanistan adds to the uncertainty about the future course for American forces, many of whom must now simultaneously brace for an increase in fighting while also awaiting potential orders to withdraw.

Trump has said he would like to reduce US troops in the country to about 8,600. The Taliban said on Sunday that more American lives would be lost as a result of Trump’s decision to cancel talks.

Asked whether increasing operations against the Taliban could include air strikes and raids by US and Afghan commandos, McKenzie responded: “I think we’re talking a total spectrum.”

“We’re going to make some decisions, I think, back in our nation’s capital over the next few days and that will give us increased guidance going ahead,” he added, without elaborating.