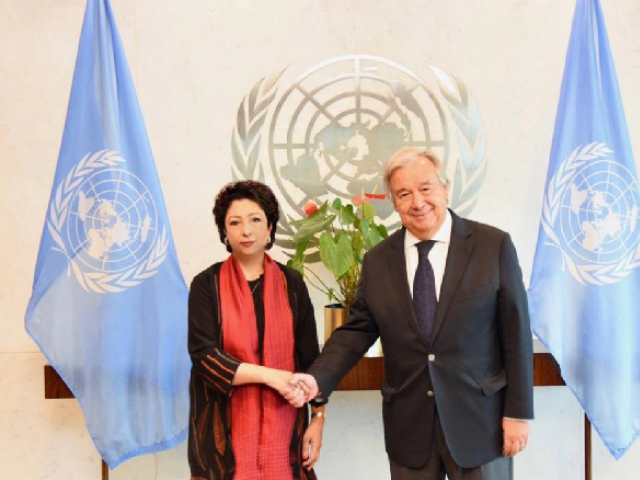 The ambassador took to social media to state that she met with Secretary-General Antonio Guterres and emphasised the urgency of dealing with the atrocities in the occupied valley.

I met UN Secretary-General Antonio Guterres today and underscored the urgency of taking steps to deal with the worsening situation in Indian Occupied Kashmir, where a political & human rights crisis is raging with a round the clock curfew & lockdown having entered the 36th day pic.twitter.com/S58sPp16VQ

In my meeting with UN SG Antonio Guterres I told him that the grave political & humanitarian crisis, which has unfolded after India’s illegal annexation of occupied Jammu & Kashmir last month, poses a threat to international peace and security pic.twitter.com/etbbfHRBDD

She noted that it was day 36 of the curfew imposed by the Indian armed forces.

Ambassador Lodhi briefed the secretary-general about the political and humanitarian crisis after India’s illegal annexation of IOK which is threatening global peace and security. 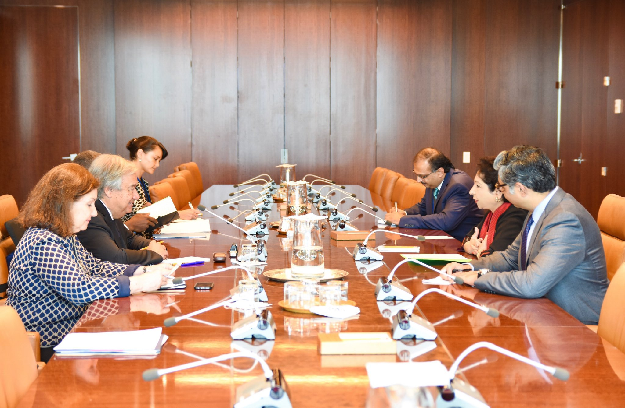 The meeting was held at the United Nations Headquarters in New York where Lodhi apprised Wronecka about India’s continued violations of UNSC resolutions.