The increa­se in demand is due to the use of milk in prepar­ing drinks and desser­ts, distri­buted in the form of Niaz
By ​ Our Correspondents
Published: September 10, 2019
Tweet Email 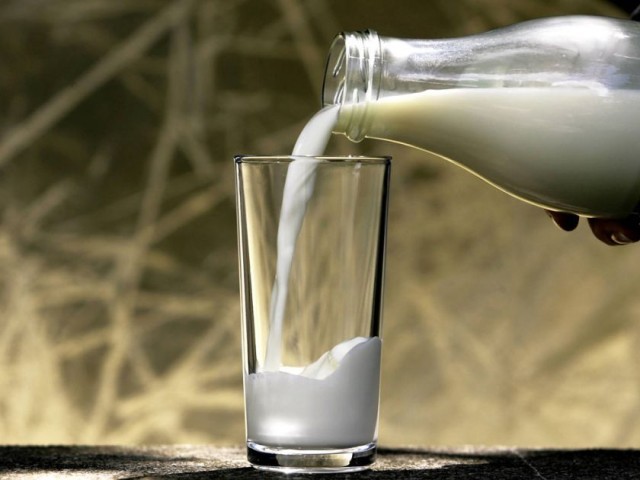 KARACHI: With the increase in demand for milk on the occasion of Muharram, milk traders are cashing in on the event and have inflated the prices by almost 50 per cent. The increase in demand is due to the use of milk to prepare various drinks and desserts, which are distributed in the form of Niaz. An artificial shortage has also been created by traders limiting the availability of milk. A meeting of stakeholders has been called on September 13 in this regard.

Most milk retailers across Karachi open their shops only for a few hours in the morning and in the evening. During these limited hours, they sell milk at the price they wish to charge. Though the official price of milk fixed by the government is Rs94 per litre and the retail price set by shopkeepers is Rs110 per litre, shopkeepers have been selling milk at Rs140 per litre during Ashura.

Shopkeepers claim that due to the increase in demand the amount of milk routinely available to them is not enough and they have to purchase more milk from the wholesale market. They get milk at higher prices from the open market and therefore are forced to sell it at higher rates.

However, dairy farmers and wholesalers maintain that they supply milk to retailers at the same rate throughout the year and the rates have not been changed in Muharram.

Taking notice of the matter, Dr Khatu Mal Jeewan, the chief minister’s special assistant on the Bereau of Supply and Prices has called a meeting on September 13 at the Karachi commissioner’s office. Along with the commissioner, all deputy commissioners, additional inspector-general of police, DIGs and SSPs, numerous dairy farmers will be present at the meeting to review the matter. The meeting will discuss the necessary action for the culprits responsible for the price hike and shortage of milk.