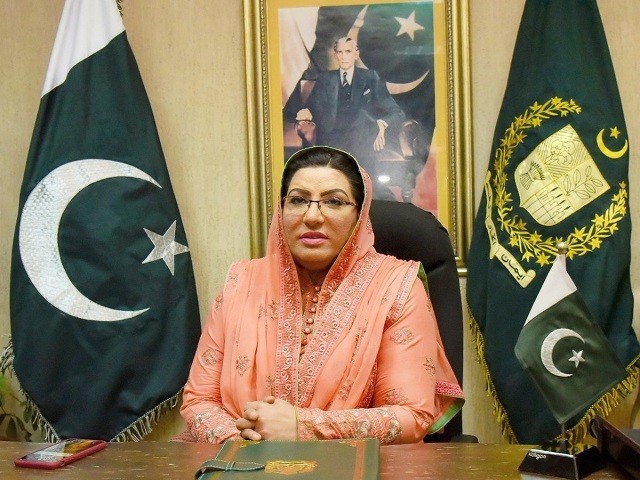 SIALKOT: Special Assistant to the PM on Information and Broadcasting Dr Firdous Ashiq Awan on Sunday said the government was successfully promoting the culture of ‘ease of doing business’ for establishing a strong industrial-based economy.

Addressing a news conference at Anwaar Club Sialkot, the SAPM said the textile sector had been playing a role of backbone in strengthening the national economy.

She said PM Imran Khan had focused on the promotion of textile sector by providing a special package of maximum trade and export-related incentives.

“The government is committed to making all-out sincere efforts to give a boost to the inherited sick economy of the country,” said the minister.
Dr Firdous said PM Imran had formed a special task force, headed by senior economist Ahsan Bashir, to flourish the textile industry by taking all the stakeholders on board.

The task force, she added would recommend direly needed positive steps for the revival of the textile industry besides, following the PM’s policy of ease of doing business.

PM’s aide said: “Ease of doing business was the policy, which carries amicable solutions to the revival of the inherited sick economy in Pakistan.”

Dr Firdous said that the government’s policies would be helpful in establishing a strong industrial base, besides developing good working relationships between the employers and the employees as well.
The government would also announce one window operation facilities for the industrial sector, she said, besides making sincere efforts for protecting the rights of everyone.

“There will be no compromise on the workers’ rights,” she said.
The special assistant said the strong industrial base was also vital for boosting and increasing the national exports, adding that all impediments would be removed from the way of promotion of textile exports.

She assured that all problems in the textile sector would be resolved amicably.

The SAPM said economic and industrial boost was top of the economic agenda of the government, for which, it was taking the business community into confidence.

She said the biggest challenge for the government was to prevent Pakistan from becoming a bank defaulter. The special assistant said the government, under the dynamic leadership of PM Imran, was making efforts to boost the national economy.

Dr Firdous said the government was fully aware of the problems of the business community and making sincere efforts for their early solution.

To a question, she said talks between the Taliban and the United States should continue for sustainable peace in the region.