‘Fed up with cruel system’: Punjab lady constable resigns over humiliation by lawyer

‘Fed up with cruel system’: Punjab lady constable resigns over humiliation by lawyer

Faiza Nawaz says cannot face powerf­ul corrup­t mafia and justic­e not being done to her
By ​ Our Correspondent
Published: September 8, 2019
Tweet Email 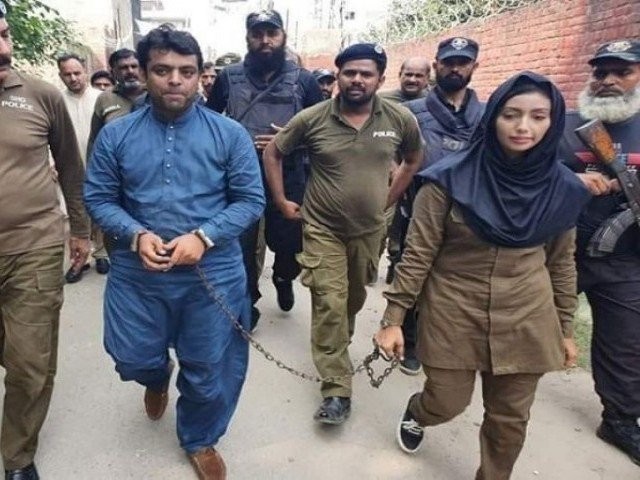 LAHORE: Days after being humiliated by a lawyer, a dejected Punjab police lady constable on Sunday resigned from her post saying “she cannot face the powerful corrupt mafia”.

On Thursday, advocate Ahmad Mukhtar had misbehaved and slapped constable Faiza Nawaz when she cautioned him against wrongly parking his car in Ferozwala, a town of Punjab’s Sheikhupura.

After which the police arrested the lawyer on the complaint of the constable and registered a case against him.

On Saturday, a judicial magistrate released Ahmed Mukhtar due to police’s mistake of writing the name of accused in the FIR as Ahmed Iftikhar.

In a video message, the constable alleged that the some elements in her department were abetting the lawyer due to which he was released on bail.

“I have to say this with regret that I joined the police department proudly to help people but I could not see the justice being done to me,” Faiza said.

She also lamented that her character assassination is being done by some lawyers, added that she was just fulfilling her duty when she was subjected to the torture.

Expressing her helplessness, she said: “I am fed-up with this cruel system… I am very scared, where should I go… should I die or commit suicide.”

In her earlier message, the lady constable demanded President Dr Arif Alvi and Chief Justice of Pakistan Asif Saeed Khosa to take notice of the incident.