DC Randha­wa urges ulema to play their role in creati­ng an atmosp­here of harmon­y
By APP
Published: September 8, 2019
Tweet Email 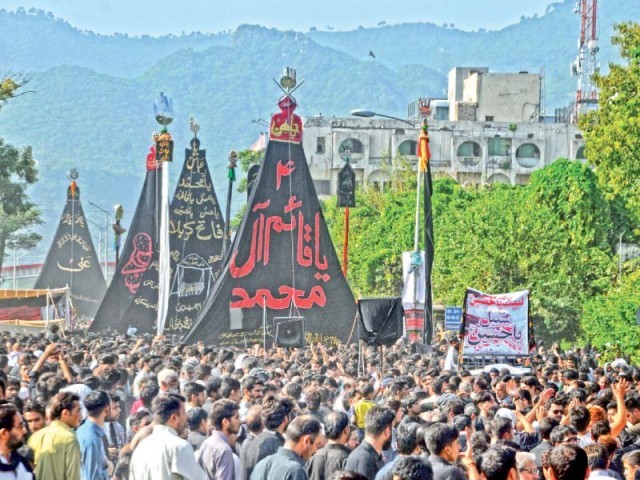 RAWALPINDI: Deputy Commissioner Mohammad Ali Randhawa has urged the ulema to play their role in creating an atmosphere of harmony, tolerance and brotherhood during  Muharramul Haram.

Addressing the meeting of District Peace Committee at Eid Gah Shareef,  DC urged upon the ulema of all sects to build unity among their ranks and play due role for making the sentiments of tolerance, love, mutual respect and cooperation more strengthened to foil any conspiracy against peace.

Randhawa said Muslims belonging to any sect, were strong believers and admirer of Hazrat Imam Hussain (RA) and also respected the sanctity of the month of Muharram.

Ulemas assured their full cooperation to the administration and also presented suggestions to make foolproof security.