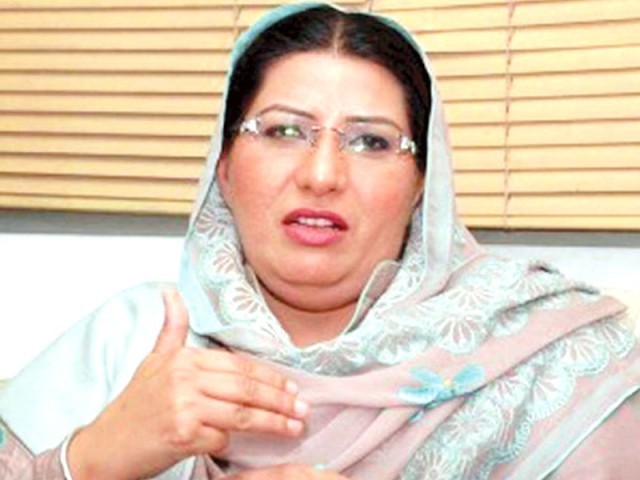 Says the US military official’s remarks could create rift in bilateral relations.

“This statement will create problems and difficulties for the bilateral relations between Pakistan and America. It will definitely deal a blow to our common efforts in the war on terror,” Awan said, addressing a news conference.

She refused to elaborate on the sort of effects that the statement could trigger but said the Foreign Office (FO) would issue another statement on the matter. However, FO spokesperson Tehmina Janjua was not reachable.

In the most explicit remarks to date on the case by a senior US official, Mullen said he did not have a “string of evidence” linking Shahzad’s death to a specific government agency but told reporters that he believed the murder was sanctioned by the government.

Awan was speaking after an event at the Pakistan Electronic Media Regulatory Authority (Pemra), where she addressed the newly-constituted body and briefed them on their responsibilities as members of the regulatory authority. Pemra has been reconstituted following the prime minister’s orders.

Responding to a question about the exit of Muttahida Qaumi Movement (MQM) from the ruling coalition, Awan said that the government is open to negotiations with the MQM and is committed to reconciliation in politics.

“Political reconciliation and dialogue are the best options for a democratic government to move forward and resolve differences,” Awan said. “Many innocent lives have been lost in Karachi and all political forces, including MQM and the Awami National Party (ANP), should stand united to evolve a policy to cater to the problem.”

She said that the local community with close cooperation of law-enforcing agencies can help improve the situation in Karachi and a peace committee has been in place. “Karachi is the economic hub of the country and targeting this city is an attempt to destabilise the country,” she said. She added that those responsible in the Karachi incident would be brought to justice.

Agencies (With additional reporting by Maha Mussadaq in Islamabad)