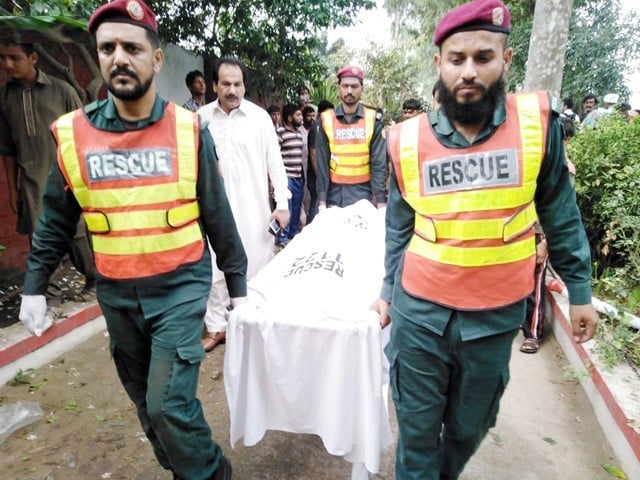 Rescue officials shift body of a victim to a hospital in Narowal on Friday. PHOTO: NNI

NAROWAL: At least eight students and a rickshaw driver were killed and three others critically injured when a truck loaded with gravel overturned and fell on a motorcycle-rickshaw near Shakargarh road Zafarwal tehsil of Narowal district on Friday morning.

The condition of three injured students is stated to be critical when they were shifted to hospital. Four bodies were taken to Rural Health Clinic (RHC) Zafarwal and as many to a private hospital.

Rescue 1122 and Edhi ambulances arrived at the scene immediately after the incident, officials said. They recovered bodies and injured trapped under the truck.

Three of a family killed in road accident

All the nine victims, onboard the motor-cycle rickshaw, were on their way to school when the truck overturned and fell on the rickshaw, a rescue official said. 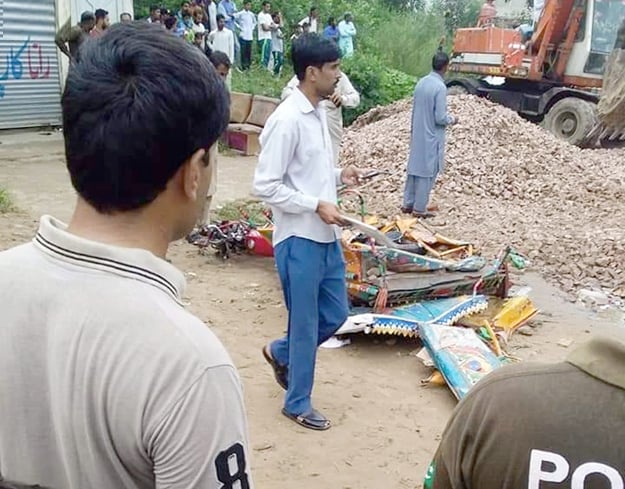 People stand around the wreckage following an accident in Narowal. PHOTO: NNI

Residents of the Punjab town and its adjoining areas expressed deep sorrow over the tragic incident. They said the Zafarwal-Shakargarh Road has been in a dilapidated state for the last 10 years and most of the accidents take place due to potholes over its surface.

Police official, however, suspected that the accident took place due to negligence of truck driver, who they added, was driving on the wrong side of the road. A case was registered against the driver with an investigation underway into the incident.