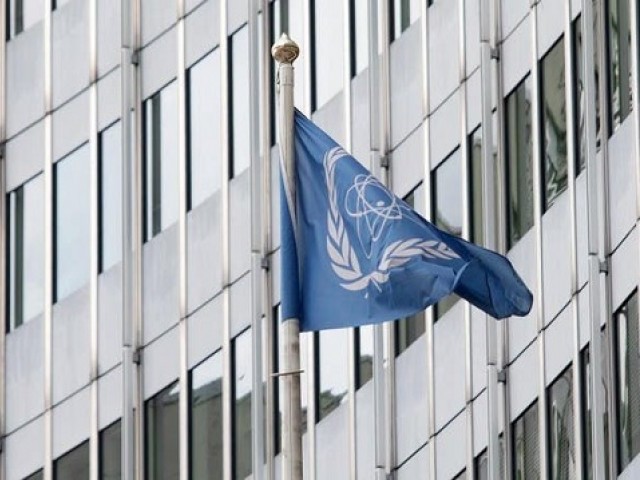 After weeks of speculation about a possible bid, Lassina Zerbo of Burkina Faso told staff in a meeting at CTBTO headquarters in Vienna that he is running. PHOTO: AFP/FILE

VIENNA: Four candidates from three continents are in the running to lead the UN’s nuclear watchdog, which is tasked with monitoring implementation of the faltering Iran nuclear deal.

Slovakia on Thursday put forward Marta Ziakova as the latest candidate for the position of director general of the International Atomic Energy Agency (IAEA), which is searching for a new chief following the death of Yukiya Amano in July.

She is currently head of the Slovak Nuclear Regulatory Authority and has also served in several diplomatic roles at the IAEA itself.

“In line with the efforts of late DG (director general) Amano who championed gender balance at the agency, we also think it’s high time for a woman to lead the organisation,” the ministry said in a statement.

Romanian diplomat Cornel Feruta, who was made acting director general after Amano’s death, has also put himself forward, a diplomatic source confirmed.

The Argentinian ambassador to the IAEA, Rafael Grossi, declared his candidacy early on in the race.

On Wednesday, Lassina Zerbo, 55, the executive secretary of the Comprehensive Nuclear-Test-Ban Treaty Organisation (CTBTO) — also based in Vienna — announced he was also in the running.

Zerbo, of Burkina Faso, told  that “my country asked me to stand” and that he was supported by other African nations.

To requests on #IMS detection beyond #CTBT, data in, or near the path of potential plume from the explosion are being analyzed . We’re also addressing w/station operators technical problems experienced at two neighboring stations. All data are available to our Member States. https://t.co/pHL4WrHU23 pic.twitter.com/9aO5cQTlls

Feruta, 43, who worked as a journalist before entering Romania’s diplomatic service in 1998, was one of Amano’s closest collaborators and had been serving as the agency’s chief coordinator.

Nominations formally close on Thursday evening but diplomats say no other names are expected to be put forward.

One diplomatic source in Vienna told that “a multiplicity of candidates may favour Grossi, as he has been the longest in the race, has strong support from important countries, and his country is working very hard to promote him”.

The procedure of appointing a new director general would ordinarily take around a year but a meeting of the IAEA’s board of governors held after Amano’s death agreed to an accelerated timetable which should see a new head appointed in October.

The IAEA is tasked with monitoring Iran’s nuclear activities to ensure they abide by the terms of the 2015 deal known as the Joint Comprehensive Plan of Action, which has veered towards the brink of collapse since the US dramatically withdrew in May 2018.

On Wednesday, Iranian President Hassan Rouhani ordered all limits on nuclear research and development to be lifted, the country’s third step in scaling down its commitments under the deal.

US envoy returns to Doha for more Taliban talks