Her house was broken into multip­le times before­
By News Desk
Published: September 5, 2019
Tweet Email 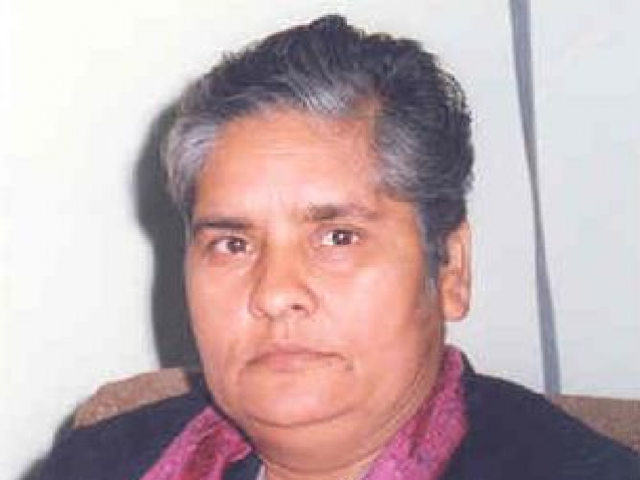 The body of Parveen Sikandar, a former lawmaker from Punjab, was found on Thursday in Lahore’s Naseerabad area, according to police reports.

The former minister’s body – who was elected in the Punjab Assembly during Pervez Musharraf’s regime on a Pakistan Muslim League-Quaid (PML-Q) ticket – was found in the upper portion of her house, tied to a chair with a rope around her neck.

According to family members, the former minister lived alone and her house was broken into multiple times – the most recent break-in was only two days prior.

Her family reported that when she did not answer her phone, they peered through a window and discovered her body tied to a chair.

Who was Parveen Sikandar Gill?

She served as a social worker in different social and welfare organisations and was the secretary of the Pakistan Hockey Federation’s Women Wing. She also served as deputy speaker of the City District Government Lahore.