Most goods reach the market from other provin­ces where plasti­c bags are not banned yet
By APP
Published: September 4, 2019
Tweet Email 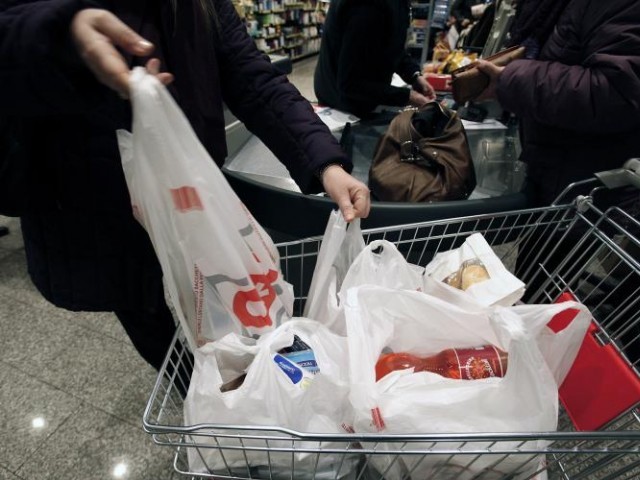 ISLAMABAD: Despite the city-wide ban on plastic bags, the vegetables and fruits market (Sabzi Mandi) in Sector I-11 of the federal capital is awash with plastic bags. The Climate Change Ministry (MoCC) has asked the market committee representatives in the city to comply with the ban by introducing alternatives within a week.

Talking to the media, MoCC Senior Joint Secretary Hammad Shamimi on Tuesday said that the ministry has held a secretary-level meeting to discuss the issue with the market committee members.

The delegation said that most of the goods were reaching the market from other provinces where plastic bags were not banned as yet, he added.

“The secretary has made it clear on behalf of the ministry that no compromise will be made on the prohibition of plastic bags. The market committee members have agreed to abide by the law implemented on restricting the use of plastic bags, and will switch to alternatives within a week,” he said.