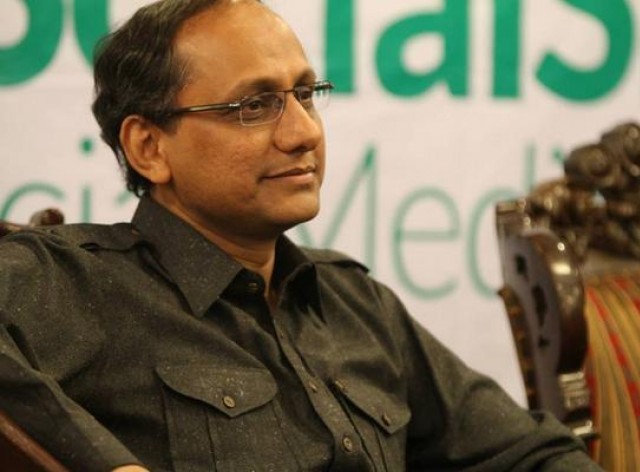 KARACHI: Sindh Information, Archives and Labour Minister Saeed Ghani has said that measures are being taken to eliminate irregularities while providing accommodation to workers.

Addressing the 17th meeting of the governing body of Sindh Workers Welfare Board in his office on Tuesday, the minister said that amendments in the allotment policy of the board were also being considered.

Ghani stressed that spending workers’ money on their welfare and taking them on board before formulating any policy was the Sindh government’s priority. He said that the data of employees available with the Employees Old-Age Benefits Institution (EOBI) was reliable and should be used in all welfare work of workers.

Some members of the governing board expressed concerns over delays in receiving the minutes of meetings and the minister issued directives for all members to receive the minutes of Tuesday’s meeting within three days. Ghani said that the opinions of all members of the governing body would be considered before any policy is finalised so they should study the minutes of the meeting and express concerns, if any, at the next meeting. The members were consulted on amendments in the Workers Welfare Fund Act 2014 and they agreed to submit their suggestions at the next governing body meeting so the amendments could be finalised.

Ghani said that there have been allegations of corruption in the past against unions, departments and owners. He added that to ensure transparency and eliminate corruption reforms were needed in the allotment policy. According to Ghani, the Sindh government is trying to give workers their legitimate rights by ensuring that there is no corruption in the provision of flats for accommodation.

“We should have no hesitation in admitting that in the past there was no transparency in the balloting of flats and those responsible [for allotment] were all part of it,” said Ghani.

According to the proposed amendments, workers would be provided flats within a 10-kilometre radius of the factory. The seniority of the worker would be verified by the factory owner and cross-checked with the data from EOBI and Sindh Employees Social Security Institution.

After this, the flat would be provided on payment of 25 per cent of the cost as per law. “According to the policy, only those workers who had served for at least five years would be eligible to apply for accommodation,” said Ghani.