I don't unders­tand what crimes I have commit­ted for which I was denied my right to travel, says Gowhar Geelan­i
By News Desk
Published: September 1, 2019
Tweet Email 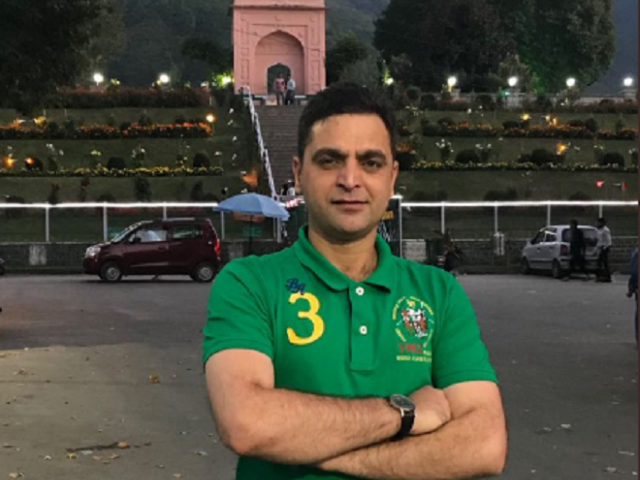 I don't understand what crimes I have committed for which I was denied my right to travel, says Gowhar Geelani. PHOTO COURTESY: TWITTER/@GowharGeelani

Another prominent Kashmiri journalist fell victim to the Modi-led government’s ongoing clampdown on the people of Occupied Jammu and Kashmir since the revoking of special status of its only Muslim-majority state on August 5.

As the crippling lockdown in Indian Occupied Kashmir (IOK) nears a month, journalists in the disputed region complain of harassment by authorities, with many accusing security forces of deleting their camera footage and a pressure to report “normalcy”.

According to a report published in The Print, journalist-author Gowhar Geelani who recently re-joined Deutsche Welle, the German news agency, as an editor claimed that he was stopped from travelling to Bonn at the Indira Gandhi International Airport in New Delhi.

The Committee to Protect Journalists (CPJ) on August 16 said in its report that Indian authorities had detained at least two journalists in the occupied valley and urged to immediately stop its harassment of journalists amid tensions and the communications blackout in the region.

“On the intervening night of August 31 and September 1 I had to fly to Bonn, Germany, in Lufthansa Airlines (LH 763) plane via Munich with the sole aim of attending advanced journalist training programme as Editor of Deutsche Welle, Germany’s international public broadcaster, at its headquarters in Bonn,” said Gowhar, adding that he would have come back to India on September 8, immediately after finishing a workshop he was supposed to attend.

However, the journalist was stopped at the immigration desk for more than an hour before being denied permission to travel abroad.

When Geelani protested, the immigration official allegedly told him: “Sir, you cannot fly abroad…J&K state government has flagged the issue…You Sir, you know how it is these days”.

Geelani’s ordeal did not end there, as he had to wait almost five hours to get his passport and checked-in luggage back. The Indian Express reported that IGI airport officials detained him after the Intelligence Bureau tipped them off on Geelani’s travel plans.

“I am a published author, broadcast journalist, television analyst and political commentator. I do not understand what unknown crimes I have committed for which I was denied my right to employment, right to travel, and the right to free speech,” he added.

In a rushed presidential decree last month, New Delhi abrogated the Article 370 of the constitution ending the decades old semi-autonomous status of the disputed region in a bid to convert the Muslim majority of IOK into a minority.

The article originally appeared in The Print