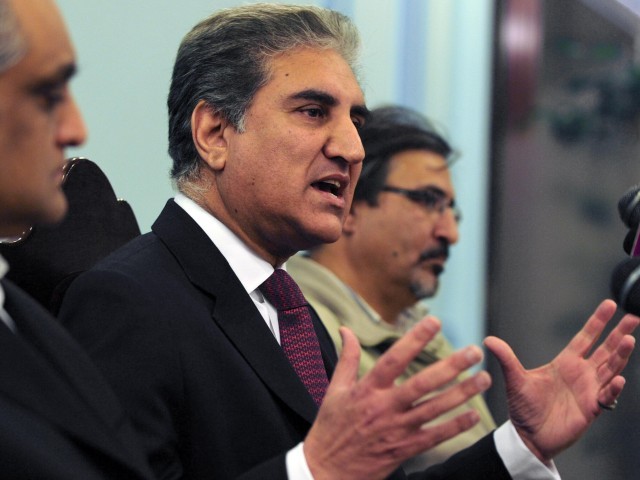 The offer comes after India revoked the occupied valley’s autonomy earlier in August.

Speaking to BBC Urdu, Foreign Minister Shah Mehmood Qureshi hinted that Islamabad had no issue with the resumption of bilateral talks with New Delhi while third-party mediation would also be welcomed in this regard.

“Pakistan has never refused to negotiate but the right environment for talks is not clear from the Indian side.”

“In an atmosphere where there is a curfew, people are facing a state of life and death, gang rapes are being reported, people are being sent to prisons, I do not see any likelihood of negotiations,” said the foreign minister while referring to occupied Kashmir.

“There are three parties involved in the [Kashmir] dispute: Pakistan, India and Kashmir. I believe, if India is serious about it, it must release the Kashmiri leadership and allow me to meet them and do consultations. I will have to weigh their emotions as Pakistan cannot sit on the negotiation table by disrespecting their sentiments and crushing Kashmiris feelings,” maintained Qureshi.

Foreign Minister Qureshi also made it clear that Pakistan had no intention of war with its arch-rival India. He insisted that Pakistan never adopted an aggressive policy towards its neighbour, rather always preferred peace.

He said the ruling Pakistan Tehreek-e-Insaf (PTI) during its first year in the government made several offers of dialogue to India for resolving the Kashmir dispute as the two nuclear-armed neighbours could not afford to risk war.

“War will bring destruction for people and the world. Therefore, war is no option.”

“In response to the Indian aggression on February 26, Pakistan acted befittingly on February 27. Two Indian planes were downed and an Indian pilot was arrested. Pakistan also successfully tested Ghaznavi missile. So, the nation is prepared,” FM Qureshi insisted.

FM Qureshi, while speaking to the citizens of Umerkot, expressed his support for the Hindu and Sikh minorities living in Pakistan.

The foreign minister stated that this isn’t the “Hindustan of Gandhi, it is the Hindustan of Rashtriya Swayamsevak Sangh (RSS)”.

He further noted two key dates in the coming month to show solidarity with the people of Kashmir.

On September 3, the people of London will gather at Hyde Park and rally to the Indian consulate and on September 27, “Imran Khan will fight for the rights of Kashmiris and Muslims all over the world,” he added.