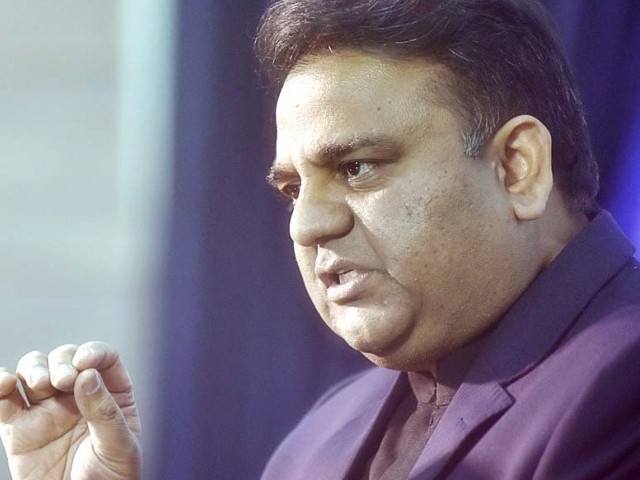 A petition to disqualify Federal Minister for Science and Technology Fawad Chaudhry was submitted in the Islamabad High Court (IHC) on Saturday.

The petitioner, an anchor for a private TV channel, claimed the minister concealed his assets when declaring them to the Election Commission of Pakistan and hence, should be  disqualified under Article 62(1)(f) of the Constitution.

The constitutional article says that a person can be disqualified as a member of the national or provincial legislatures if he is not ‘Sadiq and Ameen’ – truthful and trustworthy.

“That Respondent No 1 ( Fawad Chauhdry ), with mala-fide intention and ulterior motives, concealed his assets, cost of assets and provided wrong & false statement of his own and spouses’ assets and their cost in FORM-B( statement of Assets and Liabilities) along with Nomination Papers,” para 10 of the petition claimed.

A rift between Fawad and the anchor reportedly started in June when the latter accused the minister of slapping him at a wedding.

Fawad claimed that the individual tried to blackmail him by running a campaign against him.

However, the anchorperson denied that he asked for money and also claimed that he had evidence that Fawad is conspiring against the government.

Fawad later called out the petitioner over the allegations on Twitter. 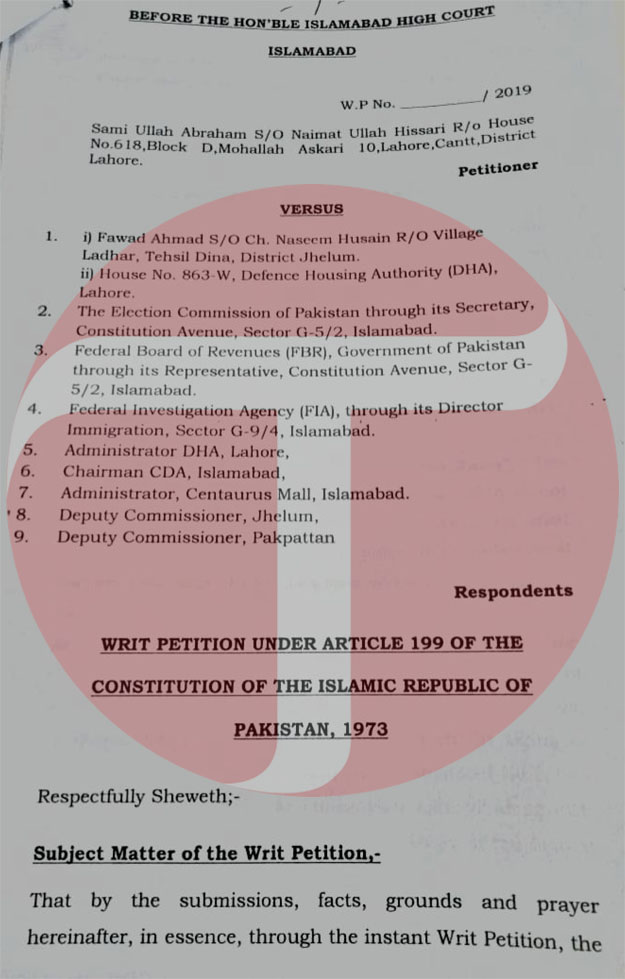 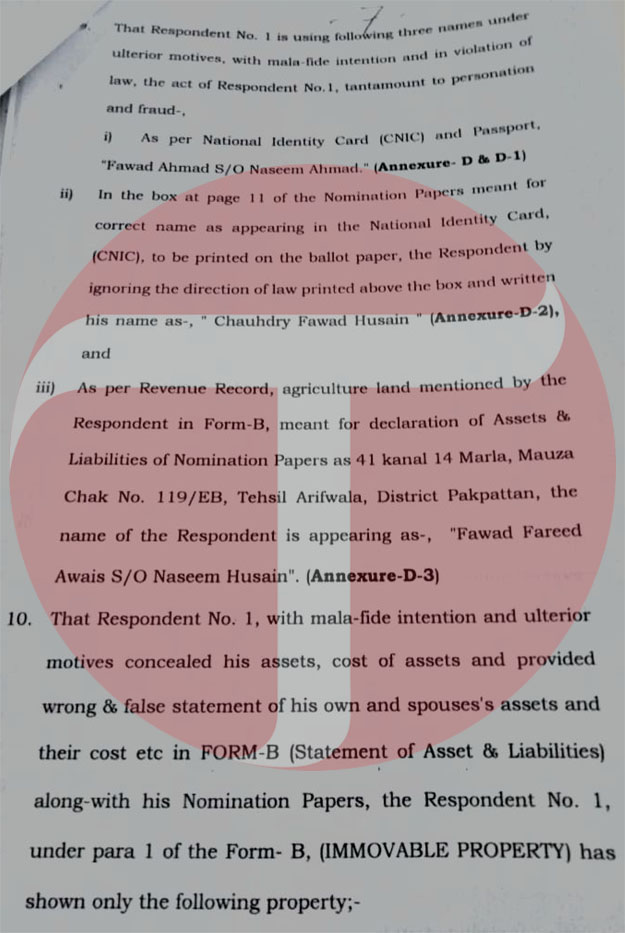