Federa­l minist­er says Nawaz, Maryam can be releas­ed if they tell us where they got the money from
By Asif Mehmood
Published: August 25, 2019
Tweet Email 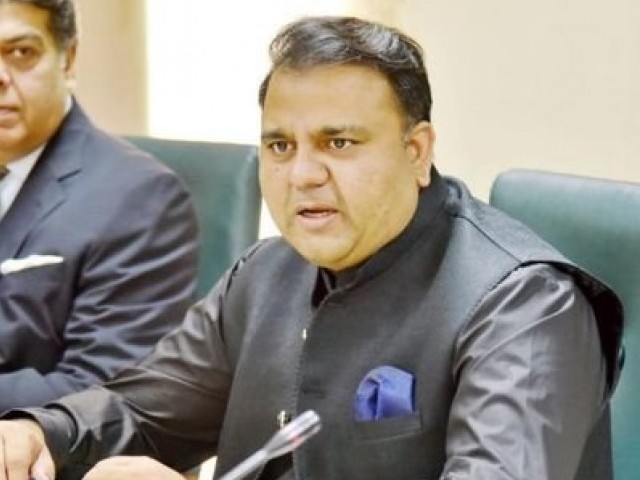 LAHORE: Federal Minister for Science and Technology Fawad Chaudhry has said Pakistan has fought three wars with India and is fully prepared for a fourth one.

“We will break their [India’s] jaw if they show us aggression,” he said while talking to the media here on Sunday.

“We have witnessed satisfactory progress on our diplomatic and political fronts regarding the Kashmir issue. Prime Minister Imran Khan’s visit to the United States has brought fruitful results while the Security Council has rejected the notion that Kashmir is an internal affair of India,” said the federal minister. “The US president has talked to Imran Khan and Narendar Modi twice. President Trump has said that he would raise the Kashmir issue in consultation with France.”

Fawad also disclosed that the prime minister would address the UN General Assembly on September 22.

The federal minister said two nuclear powers were on the verge of war. “However, Pakistan will demonstrate its willingness for peace if it gets the same signal from India. On the other hand, we are also ready for war if the Modi government so desires. Every citizen of the country, including our children, is prepared for war. Show us your fist and we will show you that we have the capacity to break your jaw.

“The issue of Kashmir does not only concern Pakistan, it concerns the entire world community and humanity in general,” said Fawad.

Giving details, Fawad said a curfew had been imposed in Kashmir and the people were not permitted to leave their homes. The world was witnessing that eight million people had been locked up in jail. “Modi has made the life of people miserable in occupied Kashmir. He believes that the disputed region will be divided if he erects a line. India has transformed Kashmir into a jail because it does not want to spill the beans regarding its non-stop atrocities. The independent media of the world is comparing Modi’s measures with those of the Nazi-led Germany,” said Fawad.

He said there was no Islamic bloc in the world as Islamic countries were all facing chaos.

The federal minister criticised Jamiat-e-Ulema Islam-Fazl (JUI-F) chief Maulana Fazlur Rehman for imprudently spending millions of rupees on the Kashmir committee over a period of three years. “I think the JUI-F chief values Islamabad more than the religion of Islam. He wants to bring millions of people in Islamabad but it is surprising why he doesn’t want to march towards Kashmir,” said Fawad. “The JUI-F chief will become unimportant within the next two years.”

On the Sharif family, the minister said, “Former prime minister Nawaz Sharif and his daughter Maryam Nawaz would be immediately released if they reveal the sources of their wealth.”

Chaudhry said Nawaz’s problem was only with his children. “His problem is that his children, Hasan and Husssain, have been living abroad with the money laundered from Pakistan. Both sons are adamant to save their ill-gotten wealth which is why Nawaz and Maryam are in jail,” said Fawad. “Nawaz and Maryam would be released tomorrow if they tell us where they got the money from.”