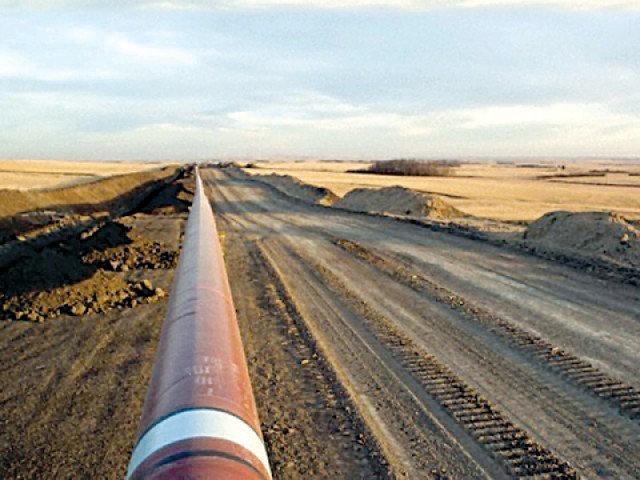 ISLAMABAD: Environmental authorities of Punjab and Balochistan have given the go-ahead to the laying of pipelines under the Turkmenistan-Afghanistan-Pakistan-India (Tapi) gas supply project.

It was revealed during a meeting between a high-level delegation of Turkmenistan and Federal Minister for Energy Omar Ayub Khan.

Delegation members highlighted the significant progress on financing arrangements and procurements for the multibillion-dollar pipeline project and expressed their determination to achieve financial close of the project in early 2020.

He said the pipeline project was at the advanced stage and its construction work in Pakistan would kick off soon, adding that it would also help provide gas for the industries to be set up in the Special Economic Zones under the China-Pakistan Economic Corridor (CPEC).

The delegation apprised the energy minister of benefits of the pipeline project for the region, especially Pakistan. The gas pipeline offers competitive pricing, diversification of energy imports, social infrastructure programmes and job creation to all the participating countries.

The energy minister appreciated the progress and reiterated the current government’s support for the pipeline. He emphasised the need for resolving all outstanding issues for early implementation of the project.

Separately, Saudi Arabian Ambassador Nawaf bin Said Al-Malki called on Omar Ayub at the Power Division. The envoy expressed the kingdom’s keen desire to step up bilateral trade and investment relations between the two countries in diverse sectors in a mutually advantageous manner.

The minister called for exploring various investment opportunities in both the countries and voiced hope that bilateral initiatives would lead to grabbing of low hanging fruits in a right manner.

Riyadh has already announced billions of dollars in investment in different projects including the setting up of a hi-tech refinery in Gwadar.