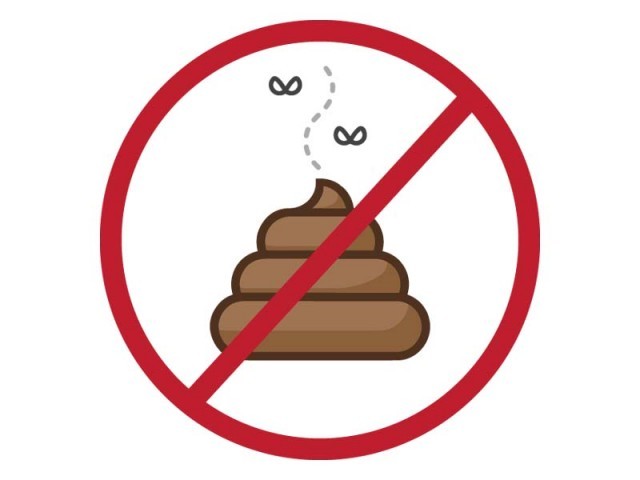 KARACHI: Open defecation is effectively impeding the intellectual capacity of over half of the province’s population. The only solution, say, health experts, is that people stop urinating and defecating in the open. Unless this happens, over half the next generation will be stunted, they warn.

In 2017, the Sindh government finalised the sanitation policy with the motto, ‘Saaf Suthro Sindh’, which translates as ‘Neat and Clean Sindh’. The provincial government promised to eradicate open defecation by 2025.

But the implementation of the policy remains a serious challenge, with the people working with rural communities not too confident about the prospects. They feel it is a daunting task to eradicate the centuries-old practice completely.

The vast majority of the households in rural settlements, including the women, prefer to go to the fields to defecate due to lack of awareness and unavailability. May say they cannot afford to build a small latrine within the boundary wall of the house. Children usually defecate anywhere they wish to, while women, usually in groups, go to nearby fields or a forest. The men can do it anywhere they please – on the roadside, under a tree or in open grounds.

Development professionals say that though the practice is quite common in far-flung areas, the general population has not been sensitised enough about its consequences. They said that in some areas, people have even converted covered toilets constructed by some non-governmental organisations into ‘kitchens’ or ‘store rooms’.

“People aren’t very open to the concept of covered toilets,” said Maqbool Rahu, General Manager for Water and Sanitation Programme at the Health and Nutrition Development Society (HANDS). “You cannot convince people without explaining to them why open defecation is harmful.”

Rahu said that stunting is a great challenge in Sindh. “Over half of the next generation will be intellectually weak people in the coming years if the practice is not eradicated by over 90 per cent,” he added. “Physical and mental growth is only possible with zero open defection at least by 2030,” he warned.

Sharing the data compiled by international health organisations, Rahu said that there was a significant rural-urban divide in terms of access to sanitation, adding that almost 74 per cent of households in urban areas have access to proper toilets, while in rural areas, the figure stands at a paltry 48 per cent.

Dr Abdul Bari, who heads the Indus Hospital, said that the eradication of open defecation will effectively improve the overall healthcare system. “It will reduce the burden on primary healthcare facilities as well as tertiary hospitals,” he explained. “It will have a long-term impact,” he added.

According to Dr Bari, the IQ level of children in rural areas is lower due to this practice. He added that it also gives rise to a number of diseases such as hepatitis A and E, typhoid, diarrhoea and malnutrition. “People in areas where this practice is common to consume contaminated food and water,” he explained.

Dr Tanveer’s observation is that 70 per cent of the people in rural areas go to open areas for defecation, whereas in urban areas, the figure stands at around 24 per cent.

“The drainage system in smaller towns and cities is completely paralysed,” said Dr Tanveer, adding that the government must come up over to a policy to eradicate the practice once and for all forever.