Political engagement as the only way forward

Political engagement as the only way forward

In many ways, it was a reflec­tion of Pakist­an’s relati­ve standi­ng in the comity of nation­s
By Talat Masood
Published: August 28, 2019
Tweet Email 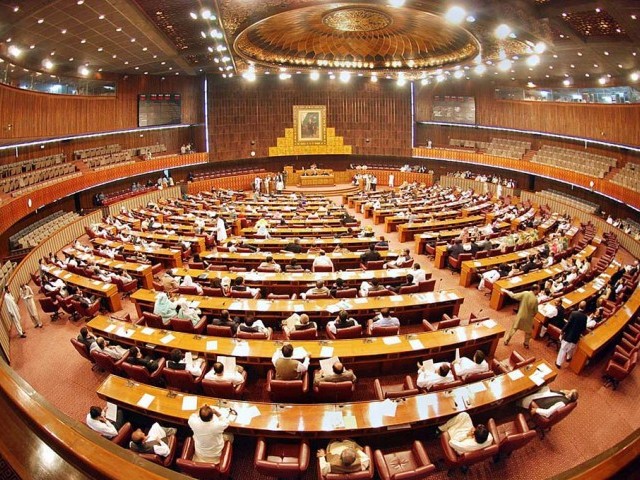 The world’s silent acceptance and indifference to the BJP government’s blatant abuse of human rights and abrogation of Articles 370 and 35A in Kashmir is a stark reaffirmation as to how the world and regional powers prioritise their strategic interests and foreign policy. Despite the heroic struggle of the Kashmiri people and Pakistan’s enduring support for their cause, the world continues to look the other way. It also seems to forget that the Kashmir dispute led to the 1948 limited war with India, the 1965 full-fledged war and the Kargil episode. In the year 2000 and 2001 Indian and Pakistani forces were eyeball to eyeball and tensions were very high.

So it was not the lack of any diplomatic and political effort or sacrifice from the Pakistani side that one could fault for the situation in Kashmir. Even now, despite serious internal and external challenges Pakistan’s leadership is focused on giving maximum attention to raising the Kashmir issue in all major international capitals and at global forums. It is indeed unfortunate and an eye-opener that with the exception of Turkey and Malaysia, most of the Muslim countries stayed away from making any supportive comments on the plight of the Kashmiris or sided with the Pakistani position lest it would damage their much-prized relationship with India. In many ways, it was a reflection of Pakistan’s relative standing in the comity of nations. The apparent reason for this indifference is the strong economic and trade relations of these countries with India and its emerging role in regional and global affairs. The UAE and Bahrain governments conferring the highest civilian award to Prime Minister Narendra Modi is a classic demonstration of how Muslim countries are pampering the Indian leadership. It is the mutuality of interest that is reflected in the $66 billion trade between the two countries.

The UAE is one of Pakistan’s major economic and trading partners and is valued around $10 billion as of 2015 — far less in comparison with India. Moreover, there are nearly 3 million Indian expatriates working in the UAE as compared to the 2 million Pakistanis. Another factor that may also have weighed in was Pakistan’s neutral position in the Iran-Arab conflict in Yemen. Moreover, it was the UAE that recently provided $3 billion in easy loans to Pakistan to ease its foreign exchange position. In these circumstances, any expectations of support would be unrealistic. Similar strong economic interests and political considerations govern the relationship between Saudi Arabia and India.

On the economic front, Pakistan remains at the mercy of the IMF and the World Bank for financial assistance in the form of concessionary loans and grants from China, Saudi Arabia and the UAE. The FATF sword continues to hang until we are cleared for taking appropriate steps against money laundering. All these factors have a bearing on the image and standing of a country.

Let this experience be an eye-opener for Pakistan that relations are not governed on the basis of a common religion but on common interests. The opening up of Saudi Arabia, the UAE and other Muslim Middle Eastern countries to Israel to counter Iran is another example where interests trump factors such as a common religion.

The political situation in Pakistan also lowers its image. Relations between the government and the opposition tend to border on being inimical.

PM Imran Khan, in his zeal for eradicating corruption, has sidelined the importance of Parliament and other democratic institutions. Instead, the PM relies heavily on his very close and comfortable relationship with the military leadership. We are told ad nausea that the military and the government are on the same page. These clichés may give a nice illusory feeling to our people. In reality what it implies is that Imran Khan has preferred to work closely with the military leadership in formulating major national and foreign policies instead of following the normal democratic practice of seeking the consensus of Parliament and soliciting views of the opposition. More importantly, the impact of the indifference to political norms on the democratic development of Pakistan is never a subject of serious discussion. How it impacts the quality of decision-making and is exploited by India and major powers needs to be assessed? The first prerequisite of gaining respect and weightage as a country is for Pakistan to be economically self-sustaining and politically stable.

If a peaceful resolution of the Kashmir conflict is not sought and Indian brutalities continue, the Jihadi elements that Pakistan has successfully been able to disable may try to raise their profile. Extremist groups like the Islamic State also take full advantage of chaotic conditions to advance their agenda.

Nonetheless, this is not the time for despondency but of deep reflection and corrective action by our leadership to steer the country toward regaining its prestige and playing a substantive role in promoting the just cause of the Kashmiris.

PM Imran Khan has been repeatedly emphasising on the dangers associated with the deteriorating situation in Kashmir. He has tried to draw the attention that PM Modi’s policies and threats could lead to nuclear conflict. Over-emphasising this could shift the focus of world powers on the nuclear danger rather than the plight of the Kashmiris and the resolution of the conflict. The use of the nuclear card is neither an option for India nor Pakistan as leaders of both countries are well aware of its dangerous consequences. It will involve not only the two countries, but its fallout will affect nearly three-fourths of the world.

One can understand Imran Khan’s frustration when he says he will not talk to Modi anymore. But there is no other option for the Indian and Pakistani leadership than to engage and find a political solution that is acceptable to them and above all, the Kashmiri people. Until then, the struggle and sacrifices for freedom will continue.