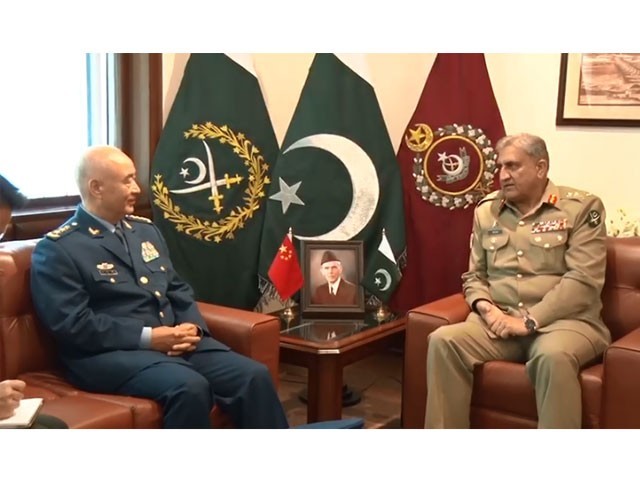 “A Chinese delegation led by the CMC vice-chairman visited the GHQ,” according to an Inter-Services Public Relations (ISPR) statement.

Gen Xu and the COAS had a one-on-one meeting in which they discussed regional security and ways to bolster bilateral collaboration.

The CMC vice-chairman reiterated that China valued its “time-tested” relations with Pakistan and its army.

A memorandum of understanding (MoU) was also signed to enhance defence cooperation and capacity building of Pakistan Army, the military’s media wing said.

On his arrival at the GHQ, the Gen Xu laid floral wreath at Yadgar-e-Shuhada and was given a guard of honour.

Beijing has lent its support to Islamabad’s stance on the Kashmir issue ever since the Indian government revoked the occupied territory’s special status.

Earlier this month, a closed-door consultation meeting was held by the United Nations Security Council on the ongoing situation in Kashmir at China’s behest.

Justice Isa accuses CJP Khosa of being ‘biased against him’