Say meetin­g on the issue will be held next week, warn govt of indust­ry closur­e
By Zafar Bhutta
Published: August 24, 2019
Tweet Email 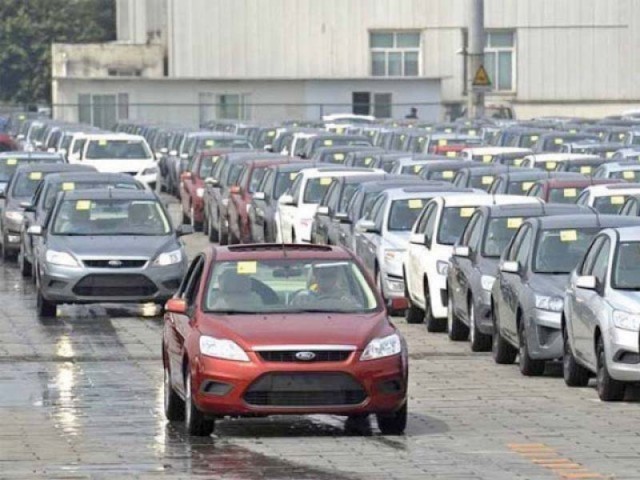 The association praised the Commerce Division, saying it remained steadfast and did not change the policy pertaining to import of used vehicles, although the interest groups brought all sorts of pressure. PHOTO: FILE

ISLAMABAD: Domestic car manufacturers have warned the government that liberalisation of the import of used vehicles will lead to closure of the auto industry and hit plans of setting up new vehicle plants in Pakistan.

“A meeting on liberalising the import of used cars is expected to be held on Monday and we have not been invited,” Pakistan Automotive Manufacturers Association (Pama) Director General Abdul Waheed Khan said in a letter addressed to the commerce secretary.

“We are surprised what the meeting will discuss without us and without those who are frantically working to set up new car plants in the country – the new investors,” he added.

The association pointed out that two months after the announcement of budget a change of heart seemed to have taken place at the Federal Board of Revenue (FBR) and it had approached the government for liberalising the import of used vehicles, apparently for revenue reasons.

“We consider this to be a soft point of the government at the moment which can be achieved by altering tariffs and better collection and enforcement measures,” Pama suggested. The association said the auto industry was quite saddened by the FBR’s move as already the industry had been suffering since April 2018 when the previous government imposed a ban on purchase of new vehicles by non-filers of tax returns.

“Things have worsened with the imposition of additional taxes and duties on automobiles, coupled with massive depreciation of the rupee; all numbers have increased except for production and sales, which have gone down massively,” the letter added.

“We are fully aware of our booking figures, there is no respite in sight in the forthcoming months,” Pama said and urged the government not to take any action which would lead to the closure of industry as happened in other countries.

Pama praised the Commerce Division, saying it remained steadfast and did not change the policy pertaining to import of used vehicles, although the interest groups brought all sorts of pressure.

As a stakeholder in the matter, the association said, the industry was alert to the situation before announcement of the FY20 budget to see how things were unfolding. Its members also met scores of government officials to remind them of more investments being made by the existing investors for localisation and capacity expansion.

In the letter, Pama specifically mentioned the meeting with the FBR chairman, who it said was totally opposed to the idea of liberalising the import of used vehicles. “Ultimately, the policy won as no change took place.”

The association urged the Commerce Division not to take any action which would result in shutdown of the industry.

Public sector enterprises debt increases by 47% in one year