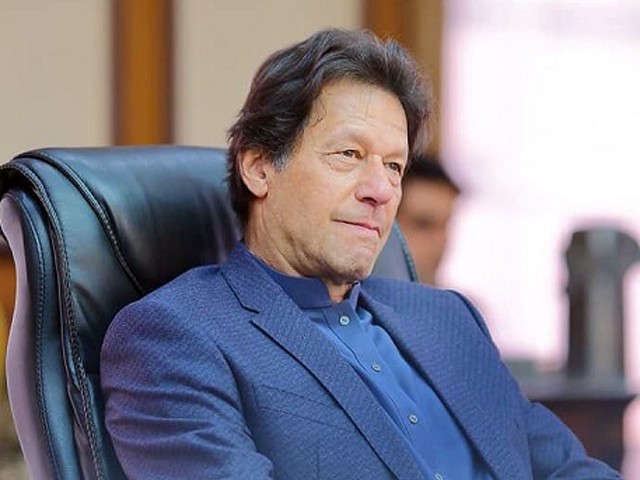 ISLAMABAD: Amid a sharp economic slowdown, Prime Minister Imran Khan has given directives for drawing up a new economic revival plan – giving an uphill task to his team to find avenues for growth and job creation in the midst of an unprecedentedly harsh International Monetary Fund (IMF) loan programme.

PM Imran has asked economic managers to rewrite the recently approved macroeconomic framework, which has been stamped by the IMF Executive Board hardly two months ago, sources told The Express Tribune.

However, the economic managers have very little room left to tinker with the design of the $6-billion IMF programme due to stringent conditions such as the limit on spending, increase in taxes, ban on printing currency notes and restrictions on issuing new sovereign guarantees.

Sources said the areas where the finance ministry was seeing room for change was improving perception about the economy before seeking private-sector investment and convincing the State Bank of Pakistan (SBP) governor to stop further increase in the interest rate.

The SBP is trying to contain inflation fuelled by its own actions and those of the federal government – like a steep depreciation of the rupee, unprecedented heavy taxes and increase in prices of gas, electricity and petroleum products.

On Monday this week, the prime minister met with his economic team and directed Finance Adviser Dr Abdul Hafeez Shaikh to come up with a new revival plan, said sources in the finance ministry. Draft of the plan would be tabled before the PM on Saturday at his Banigala residence, they added.

However, sources said not much could be done due to the ongoing stabilisation programme with the IMF and the ministry was going to propose to the premier to rather incentivise the private sector.

They said the presentation would focus on short-term priority areas and a long-term strategy. The PM may be requested to personally monitor performance of the export sector and take measures to energise public-private partnerships due to thin fiscal space in the public sector.

What panicked the PM?

Economic activities, both in formal and informal sectors, have come to a grinding halt coupled with a skyrocketing inflation that hit a 10-year peak last month.

Large-scale manufacturing activity contracted for the first time in 10 years by 3.6%. Business activities have slowed down due to new taxation measures, drive against the informal economy and squeeze on the banking sector due to implementation of the Financial Action Task Force’s (FATF) action plan.

Despite undertaking no mega project, PM Imran’s government has so far added a record Rs7.6 trillion to the public debt. Business mobility has stopped, economy is static, people are afraid of making investment and businessmen are neither keeping money in banks nor investing in projects rather they are keeping it under the mattress, said Special Assistant to Prime Minister on Information Dr Firdous Ashiq Awan.

Economic growth in the last fiscal year slowed down to 3.3%, which is expected to fall further to 2.4% in the current fiscal year, which is almost equal to the population growth rate.

Was the trio right?

The current peculiar situation proved that former finance minister Asad Umar, former finance secretary Younus Dagha and former SBP governor Tariq Bajwa were correct in their assessments when they refused to agree on some of the harsh IMF conditions. Dagha and Bajwa paid the price and were shown the door. Umar had already been removed to pave the way for appointment of Abdul Hafeez Shaikh.

A shortfall in tax collection will push the country to take additional revenue measures during the course of the fiscal year. After missing July’s revenue collection target by a wide margin, the FBR is again struggling to achieve the August target of Rs378 billion. Traders are not willing to register business transactions and first meeting of a committee constituted to sort out the issue ended inconclusively on Friday.

After the last hike, the key policy rate has gone up to 13.25%, which is 5.45 percentage points more than the core inflation rate in July. Any further increase in the interest rate could irreparably damage people’s confidence, according to an official of the planning ministry.

However, the new SBP governor wanted to use the monetary policy to attract foreign hot money, which may come only at the expense of local investment. The high interest rate will curb demand in the economy. Pakistan has also promised to improve the primary deficit by at least 1.5% of gross domestic product to 0.6% in the current fiscal year, which also appeared to be a highly ambitious goal, said the sources.

Sources said businessmen were also afraid of constant negative messages coming from the Prime Minister’s Office. A group of businessmen met with the National Accountability Bureau (NAB) chairman on Friday and apprised him of their reservations. The opening of investigations into China-Pakistan Economic Corridor (CPEC) deals by NAB has also cautioned the bureaucracy.

But there seems to be no let-up in the campaign to expand the tax net and broaden the size of the formal economy. The prime minister has directed deputy commissioners to identify Benami properties at district levels, according to a statement issued by the PM Office on Friday. The officers have been asked to submit report about the Benami properties to the FBR chairman before the end of September or else they should be ready for consequences, the PM Office warned.