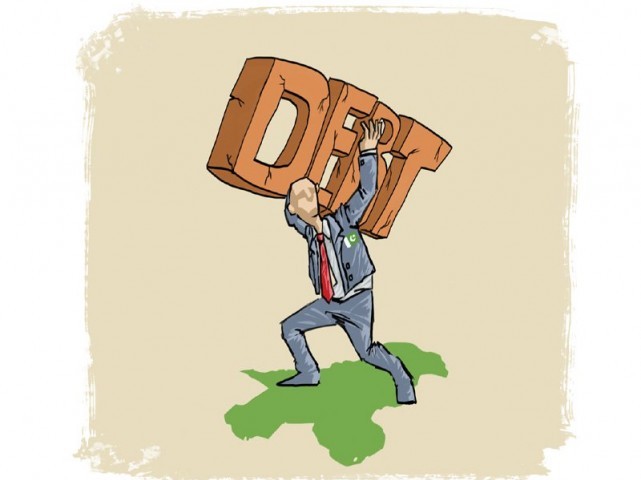 ISLAMABAD: For the first time in 19 years, Pakistan’s debt and liabilities have dangerously exceeded the size of its economy and peaked to a record Rs40.2 trillion at the end of last fiscal year – an addition of a whopping Rs10.3 trillion in a single year.

The Rs40.2 trillion total debt and liabilities were equal to 104.3% of the Gross Domestic Product (GDP), reported the State Bank of Pakistan (SBP) on Friday.

It was for the first time since the year 2000 when Pakistan’s total debt and liabilities were higher than the size of its economy.

One of the reasons behind the steep spike in debt and liabilities was booking of some of the pending liabilities on the instructions of the International Monetary Fund.

Ironically, the dangerous threshold had been crossed during the first year of the government of Prime Minister Imran Khan who has long remained very critical of the Pakistan Peoples Party and the Pakistan Muslim League-Nawaz’s economic policies that led to massive piling up of the debt.

To a question raised by The Express Tribune in March this year, Prime Minister Imran said one of the benchmarks of his success would be reducing the total debt and liabilities from Rs30 trillion to Rs20 trillion. But exactly the opposite happened.

The external debt and liabilities of Pakistan mounted to $106.3 billion as of June 2019, according to the central bank.

In the last fiscal year, net $11.1 billion was added to the external debt and liabilities by the federal government, SBP and private sector.

Statistics released by the SBP showed that by the end of last fiscal year, the country’s total debt and liabilities soared to Rs40.2 trillion.

Within a span of just one year, there was an increase of Rs10.3 trillion, or 34.6%, in the overall debt and liabilities.

The Pakistan Tehreek-e-Insaf (PTI) government had promised to revive loss-making enterprises, but it was struggling to control these losses.

By the end of last fiscal year, total losses of PSEs surged to Rs1.62 trillion, a net addition of Rs323 billion or 25% in the past one year.

The only thing that the PTI government had done was the incorporation of Pakistan Sarmaya Company. It had also become dormant.

Pakistan’s total debt and liabilities were now equal to 104.3% of its GDP, which was a quite high ratio and considered unsustainable for the country.

Of the Rs40.2 trillion, the gross public debt, which was the direct responsibility of the government, stood at Rs28.6 trillion as of the end of June.

The gross public debt was now equal to 74.4% of GDP, far higher than the 60% statutory limit set in the Fiscal Responsibility and Debt Limitation Act of 2005.

There was an increase of Rs3.7 trillion in the gross public debt in one year, which was higher than the overall budget deficit recorded during the period. One of the key reasons behind the higher debt was the increase in interest rate and depreciation of the rupee in the last fiscal year.

Rupee one depreciation added Rs106 billion to the public debt. Similarly, a 1% increase in interest rate increased the cost of debt servicing by roughly Rs180 billion. This ultimately increased borrowing requirements for the finance ministry.

Since December 2017, the central bank had let the currency weaken by 50% and had jacked up the interest rate by 7.50%.

Excluding the liabilities, the country’s total debt swelled to Rs37.75 trillion, up Rs9.3 trillion or 18% in one year.

The government’s domestic debt surged to Rs20.7 trillion with addition of Rs4.3 trillion in the last fiscal year. Its external debt increased to a record Rs11 trillion.

The debt taken by Pakistan from the IMF increased in rupee terms by Rs180 billion to Rs921 billion due to steep currency devaluation. This was despite the fact that Pakistan retired some IMF debt in the last fiscal year.