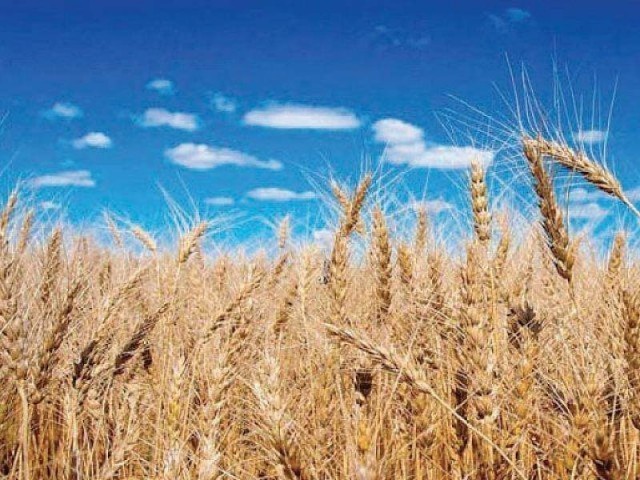 Wheat is a staple food crop of Pakistan and accounts for nearly 36% of the total cropped area, 30% of value addition in major crops and 76% of the total production of food grains. PHOTO: FILE

LAHORE: Hybrid wheat seeds will be available in Pakistan by year 2022 with expectations that they will help increase crop production by at least 40-45% compared to the conventional seed varieties which the country is currently cultivating, said an official of a seed company.

“Work is under process in collaboration with the Beijing Academy of Agriculture Sciences and in the past five years around $2.5 million has been spent on this project,” said Guard Agricultural Research and Services Chief Executive Officer Shahzad Ali Malik while talking to journalists.

He pointed out that hybrid wheat would have the same taste and tests currently under way were giving encouraging results.

The CEO, whose company markets seeds of corn, tomato and chilli, said the company focused on innovation and research. “We are producing 45% of seeds locally and will enhance the ratio to 80% next year,” he said. “Locally produced seeds are better than the imported ones.”

He voiced concern that many local seed companies and multinationals were merely acting as seed traders and were not promoting research and development in the country.

Malik termed the difference in production extraordinary. “Wheat is the most widely grown crop around the world, delivering around one-fifth of total food calories and protein to the global population,” stated an Australian study.

“However, according to an assessment, wheat production needs to be increased by 60% by 2050 to meet high food demand from predicted global population growth by then.”

Wheat is a staple food crop of Pakistan and accounts for nearly 36% of the total cropped area, 30% of value addition in major crops and 76% of the total production of food grains.

Pakistan, however, could not achieve the wheat production target this year due to unfavourable weather conditions, which damaged ripe and ready-to-harvest crop, causing a loss of 1.5 million tons against the target of 25.5 million tons.

According to experts, lack of research and development work on seeds has led to the low per acre yield of many crops. To become self-sufficient in wheat, the country has all the required inputs such as hardworking farmers, fertile land, irrigation water and suitable climate. However, short supply of certified seeds has been an issue.

Adoption of modern technology is considered a must for the promotion of research and development activities in agriculture, they say.