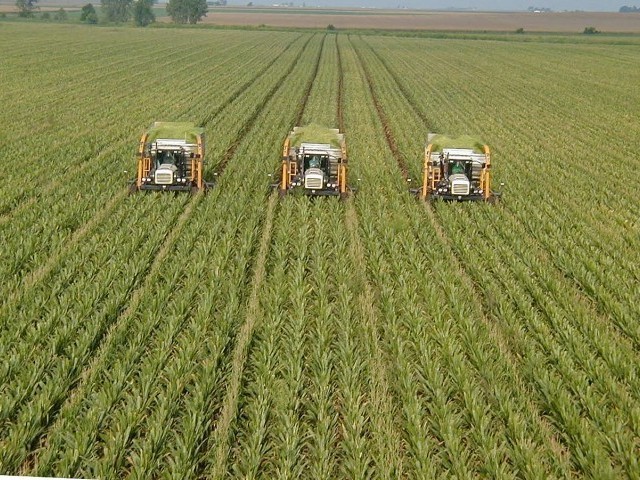 FAISALABAD: Food security and self-sufficiency are a worldwide issue and the same would probably remain a “mission impossible” for Pakistan unless it trains, supports and encourages farmers to utilise modern tools in the agriculture sector.

Agriculture is the dominant sector of the economy and contributes about 21% to the GDP (Gross Domestic Product).

It is also one of the major sources of employment for about 45% of the country’s workforce. However, the country has not achieved the required targets of self-reliance in wheat production primarily due to the failure to adopt modern techniques. Farmers are usually reluctant to go for a change in adopting new techniques to increase agri-productivity.

Agricultural development is only possible through the adoption of modern agricultural practices. Agriculture now is more knowledge-based in which modern education has an important role to play.

The spread of modern technology has considerably increased the growth of all crops including wheat. The new wheat varieties, recommended seed ratio, irrigation, fertilizer, pesticide and regional factors are positively contributing to increase wheat production.

Likewise, educated farmers can easily be trained to respond to the latest opportunities and adjust to sociocultural changes. Education also provides an opportunity to adapt modern technology to increase production and income.

Adoption of modern education has extensively been accepted as a leading element in agricultural development, while the literacy status of farmers is an important variable which affects the farmers’ receptivity to innovations and resource allocating efficiency.

Faisalabad Agriculture (Extension) Department Director Chaudhry Abdul Hameed, while explaining the reason for the failure to adopt modern technology, said that the majority of farmers were small landholders. Therefore, it was one of the major obstacles.

Abdul Hameed said the income of farmers was associated with the adoption level of modern agricultural practices. He said a small proportion of farmers had got information about farming from extension workers. However, majority of the peasants were hesitant to adopt modern technologies for cultivation of crops due to several reasons. These included high rates of agriculture appliances as well as the non-availability of quality seeds, fertilisers and pesticides in the market at affordable rates, he added. The director agriculture said farmers always rent tractors for cultivation and harvesting of wheat crops. Therefore, he said, they have to bear heavy input cost against getting low yield.

“We are educating farmers to use the latest technology like combine harvesters which will save precious time and increase per-acre yield with low labour cost,” he added.