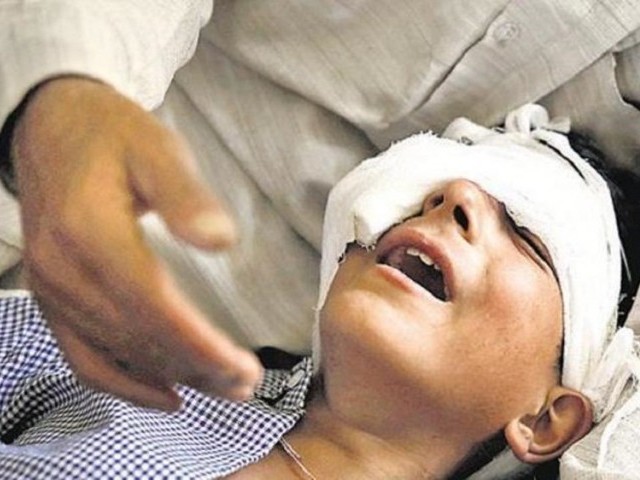 A father holds his son, said to have been injured by Indian security forces with pellet-firing shotguns in occupied Kashmir. PHOTO: REUTERS/FILE

Still, people especially youth, have come out in the lanes of the region’s key city of Srinagar, on occasions such as Friday prayers or Eid this month, throwing stones, facing retaliatory action by security forces.

India, which has not yet provided any figures of the injured in the sporadic protests, has claimed there have been no deaths in this month’s demonstrations in a region where more than 50,000 have died since an armed revolt broke out in 1989.

A local official in Kashmir, however, said the number of injured was probably higher than the figures from the two hospitals.

Many of those who were discharged within hours do not feature in their list, said the official, who spoke on condition of anonymity, while others, with wounds treated at smaller hospitals, remain unaccounted for.

Chinese students Down Under ‘wedged’ by politics back home