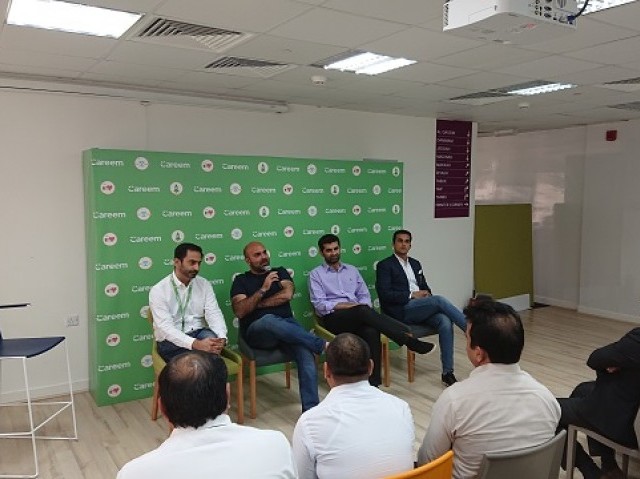 A panel discussion on how Careem and other online marketplaces are progressing and how the government in Khyber-Pakhtunkhwa has helped evolve such platforms was held in Dubai.

You can now book a Careem without internet

“By introducing the progressive regulatory framework for Online Marketplaces and ride-hailing platforms, we have laid the foundation for an enabling business environment that will lead us to increased economic activity along with increased job opportunities,” said Jhagra, Provincial Minister for Finance while addressing the captains and senior leadership.

The discussion also incorporated the recent progressive fiscal measures taken by the Finance Minister and the K-P’s cabinet for understanding the immense potential of creating jobs in Pakistan. Despite facing major repercussions for over a decade, the most favourable regulatory for Careem was provided by K-P with the introduction of a subcategory of ride-hailing and a minimal tax rate of 2% on platforms share, giving exemptions to Captains and all the while, attracting further investment in the province.

“Technology is playing a key role in the creation of economic opportunity in Pakistan. Careem is passionately committed to bringing innovative technology solutions to the country and creating income opportunities through the shared economy,” commented Sheikha, Co-Founder and CEO of Careem according to the press release.

The ride-hailing giant is also working on a project in collaboration with the Government of K-P to bring rescue 1122 ambulance service in Peshawar with the help of Careem to improve ambulance response time in the city.

Alibaba postpones up to $15b Hong Kong listing amid protests