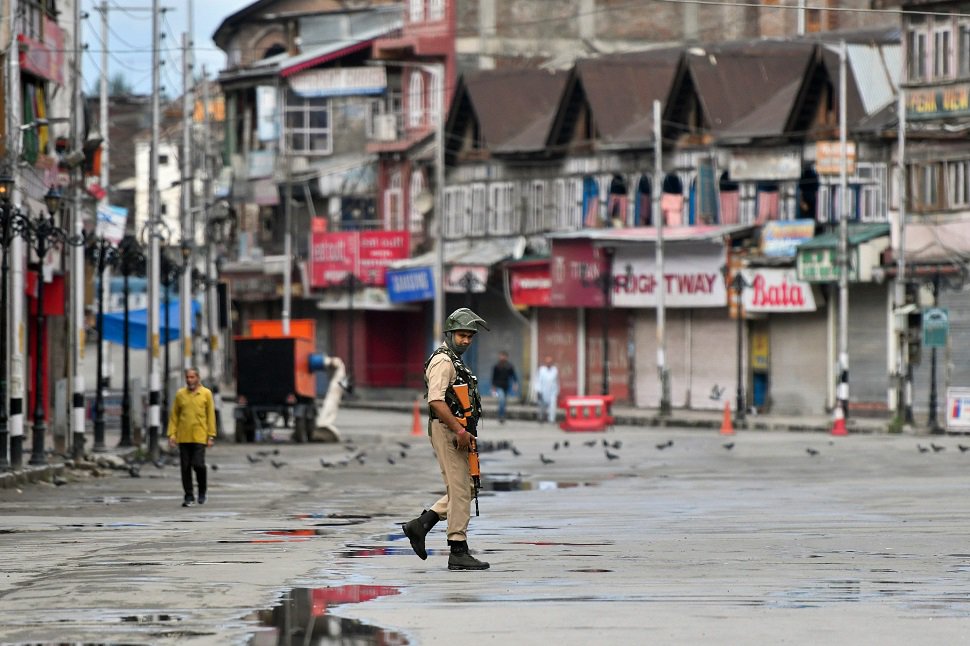 In this file photo taken on August 19, 2019, an occupying force personnel patrols on a deserted road of the Lal Chowk area in Srinagar. PHOTO: AFP

Rafiq Shagu’s wife died shortly after Friday prayers in Indian Occupied Kashmir (IOK) when tear gas smashed through a window in their home and filled the room.

“They (the police) are not ready to take responsibility for the death. We want answers but I don’t know where to seek justice,” Shagu said.

In an interview with AFP, Shagu recalled the horrific events of the August 9 afternoon when he said his wife, Fehmeeda, was teaching her two children at their home in Srinagar, the largest city in the occupied valley. 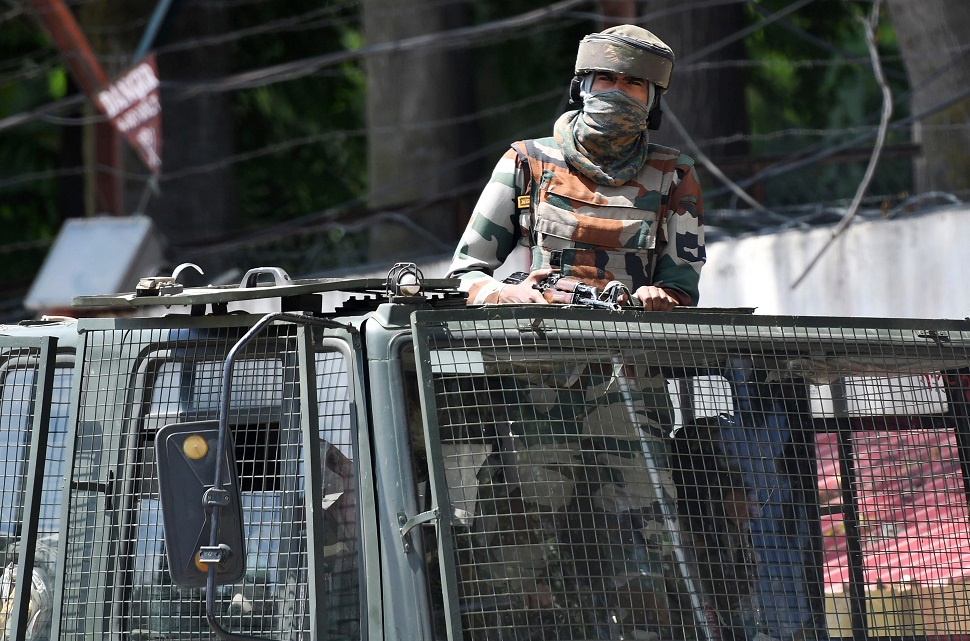 The clashes occurred four days after Indian Prime Minister Narendra Modi’s government stripped occupied Kashmir of its autonomy, with tens of thousands of extra troops deployed there ahead of the announcement to stop residents from protesting.

“We couldn’t see each other in the room as the smoke was so dense. There were three huge thuds when the canisters burst,” Shagu said. “We somehow removed the children from the room and as she tried to run out amid the chaos, she fell. By the time we moved her out of the room she was unconscious and frothing.”

He said Fehmeeda was taken to hospital on a motorcycle where doctors were unable to revive her. The medical report seen by AFP said she “had inhaled toxic gas from a tear gas shell” and that a possible cause of death was a “toxic lung injury”. 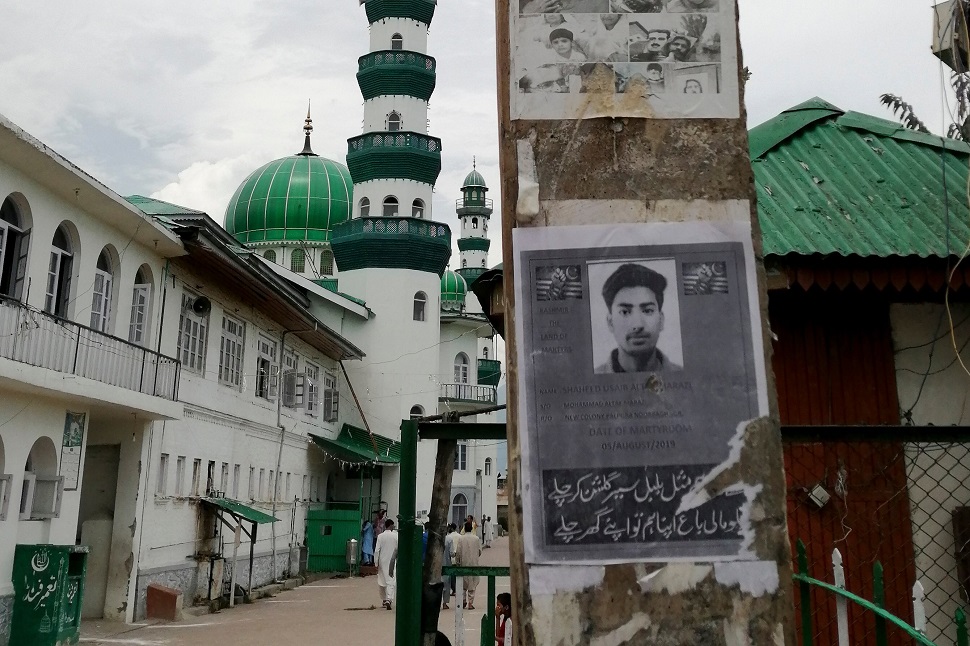 Indian authorities have sought to block any news coming out of Kashmir since imposing the lockdown. Aside from deploying the extra troops, they cut off telephones, mobile phones and the internet – though some landlines have now been restored.

Authorities say there is no credible proof that anyone has died in Kashmir as a result of the lockdown, and only that eight people have been injured.

“His body was taken out after five hours from the water and his funeral was attacked by police,” one of Ahmad’s relatives who could not be identified for security reasons told AFP. “They tried to snatch away the body because they feared more protests.” 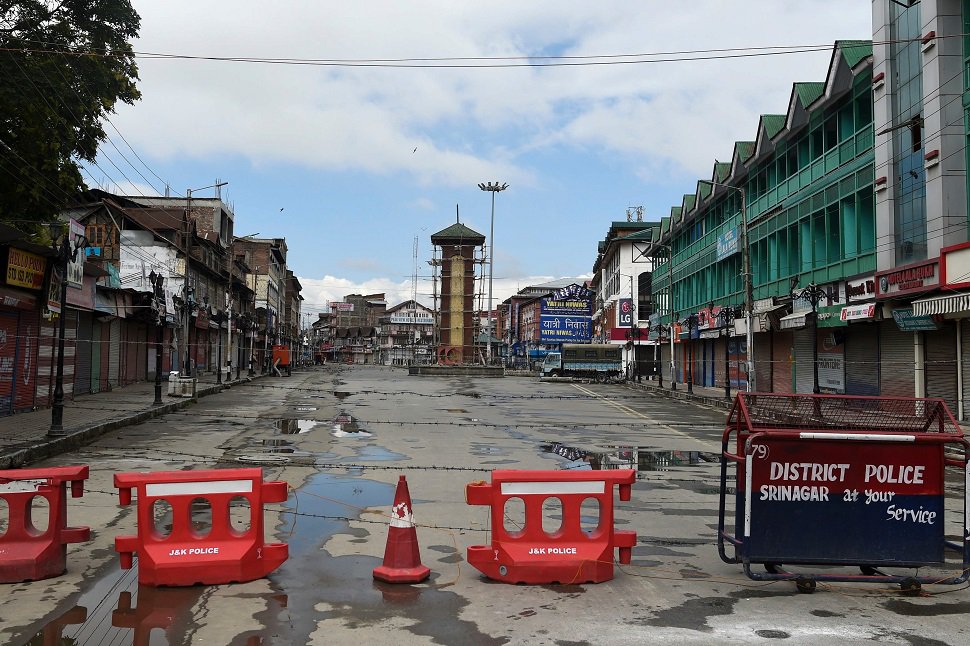 Just 10 family members were allowed for the funeral and burial that took place under police watch in the dead of night. “The police officer threatened us that he will throw the body into the river if we talk to media or try to make a procession,” Shabir Ahmed Khan, his younger brother told AFP. “We were escorted by four police vans to the graveyard.”

Khan’s family has visited the hospital multiple times for a death certificate but doctors told them police had instructed them not to issue it. “His death will probably not even get recorded by the government but for us he is a martyr,” Khan said. “His death is another example of India’s brutality.”