Actor feels we just keep tweeti­ng about incide­nts such as the killin­g of 17-year-old Rehan and nothin­g else
By Entertainment Desk
Published: August 20, 2019
Tweet Email 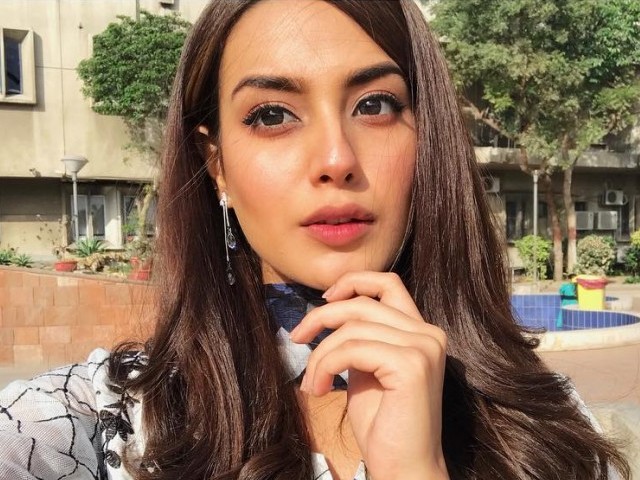 Iqra Aziz is the latest celebrity to weigh in on the recent  killing of a minor in Karachi.

Taking to Instagram, the Suno Chanda actor wrote, “Everyone is mourning death of a young boy, aged 17, just for Rs 700. Everyone is tweeting that they are sad but my question is what is the solution?” 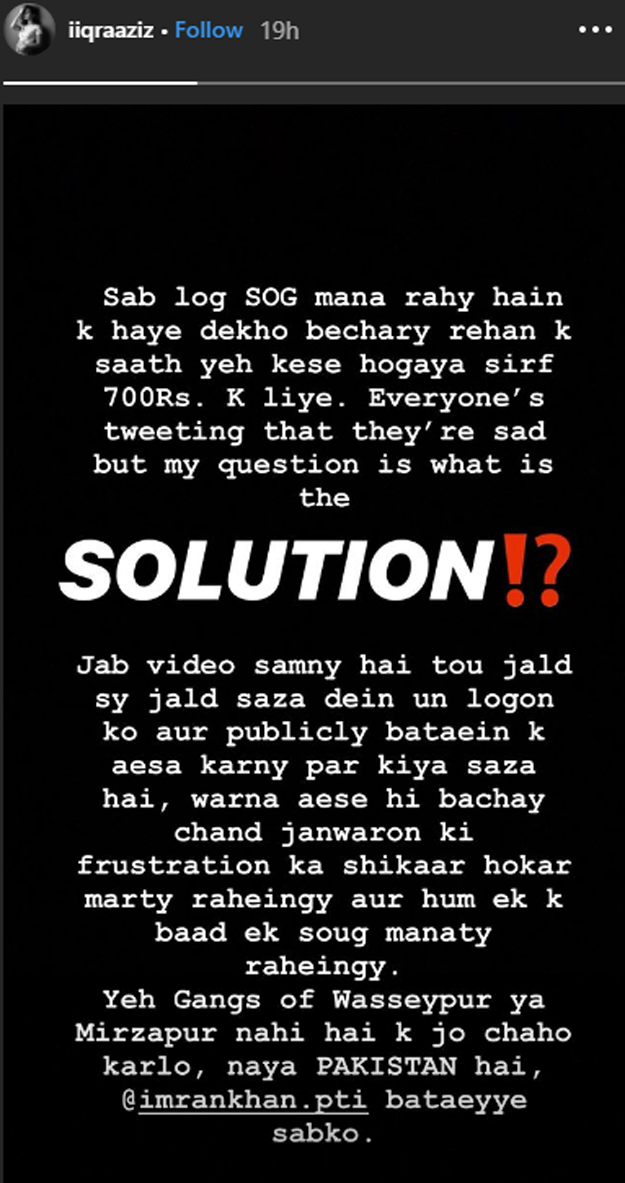 She added, “When there is a video, so prompt punishment should be served to the culprits and people should be informed publicly about the consequences for people who would commit such heinous crimes.”

“Otherwise, children will continue to die at the hands of these few frustrated animals and we will continue to mourn,” Aziz went on. “It is not Gangs of Wasseypur or Mirzapur where you can do whatever you feel like doing, this is Naya Pakistan. Imran Khan, let everyone know!”

17-year-old Rehan was beaten to death by residents in Bahadurabad after he was accused of theft.

The incident occurred on Saturday when according to police, two suspected teenage robbers attempted to enter a bungalow near Kokan Ground in Bahadurabad. A security guard caught the 17-year-old while the other suspected robber managed to escape.