Says there was a differ­ence in the agenda of partie­s which are workin­g on ‘save looted money agenda'
By ​ Our Correspondent
Published: August 19, 2019
Tweet Email 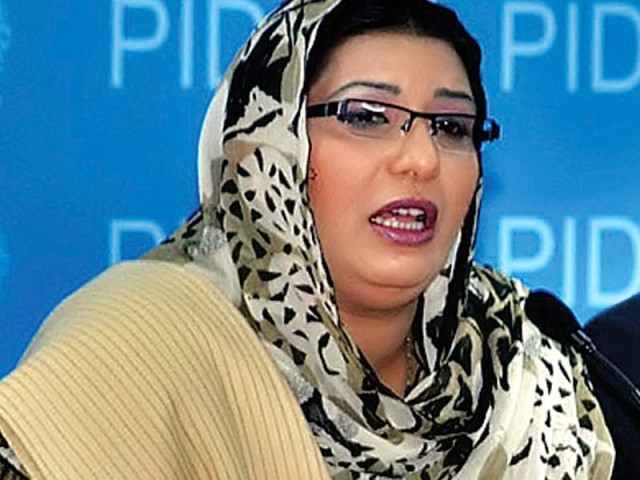 In a series of tweets, she said the APC, called by Fazlur Rehman, has flopped due to back-pain of the PML-N President Shahbaz Sharif and organizational tour of the PPP Chairman Bilawal Bhutto Zardari.
“How the leaders, who do not speak truth to each other, would speak truth to the people?” she said.

She said there was a difference in the agenda of Fazlur Rehman and these parties which are working on ‘save looted money agenda’.  Dr Firdous asked the JUI-F to leave the PPP and the PML-N and raise his voice for the rights of besieged people of Indian Occupied Kashmir (IOK).

Shehbaz thanks China, Turkey for supporting Pakistan on Kashmir