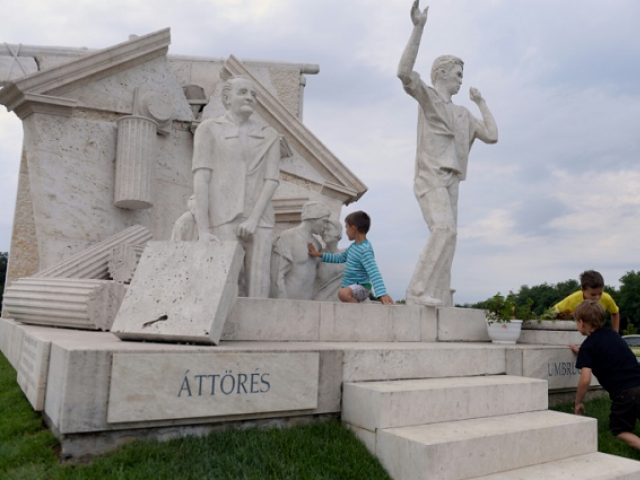 A monument in Sopron on the Hungarian border with Austria, commemorates the 1989 "Pan-European Picnic" during which at least 600 East Germans crossed the border and escaped to the West. PHOTO: AFP

BUDAPEST: Hungarian Prime Minister Viktor Orban will welcome German Chancellor Angela Merkel to the city of Sopron on Monday to commemorate a pivotal moment in the fall of the Iron Curtain in 1989.

While Monday’s meeting will see them celebrating the tearing down of a historic barrier in Europe, the question of how the continent’s borders should be managed now has strained the relationship between the two leaders in recent years.

Orban has been a sharp critic of Merkel’s 2015 decision to open Germany’s border to those fleeing Middle Eastern conflict zones.

The pair will mark the 30th anniversary of the “Pan-European Picnic” at the Hungarian-Austrian border, during which at least 600 East Germans crossed the border and escaped to freedom in the West.

The events at the picnic represented the first massive exodus of East Germans since the construction of the Berlin Wall in 1961 and was seen as a key factor in the fall of the wall itself three months later. 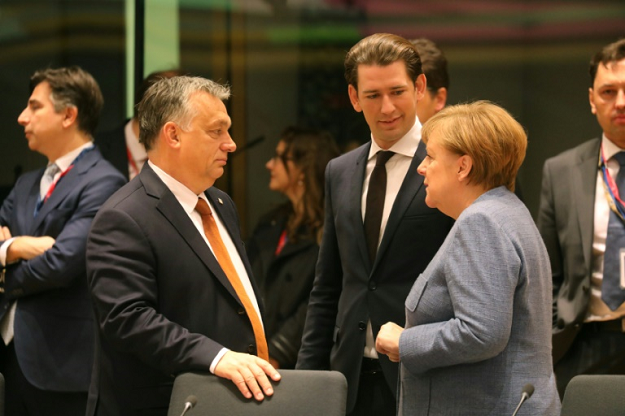 The commemoration will be a rare encounter between the two of the great survivors of European politics, with Merkel in office since 2005 and Orban since 2010. PHOTO: AFP

The commemoration will be a rare encounter between the two of the great survivors of European politics, with Merkel in office since 2005 and Orban since 2010.

Their last major bilateral meeting was in July 2018, when Orban made his first visit to Berlin for three years.

It was an awkward affair during which their divisions were on full display and Merkel accused Orban of failing to respect “humanity” with his harsh anti-migrant policies.

At around 10 am local time (0800 GMT) on Monday the pair will deliver addresses at an ecumenical church service in Sopron.

A working lunch is also expected to be on the agenda before a joint news conference at around 12:45 pm.

The two leaders were both personally marked by the events of 1989, but have since taken starkly diverging political directions. 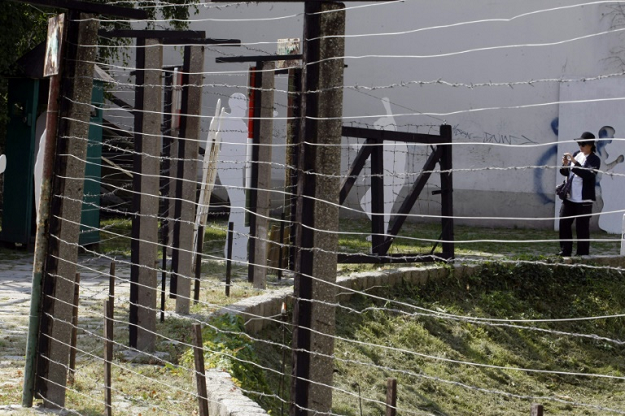 A visitor takes a picture of a section of the wall on display at Sopron on the Hungarian-Austrian border. PHOTO: AFP

Merkel’s upbringing in communist East Germany imbued upon her with a belief in the importance of liberal values in politics and free market economics.

Orban by contrast, while starting as a young liberal leader in 1989, sees the events of that year as the first step in the nations of eastern Europe re-establishing their national sovereignty.

Merkel dedicated her weekly podcast on Saturday to the importance of Monday’s visit, saying Germans would “always be grateful” for Hungary’s “contribution to the bringing about of the miracle of German unity”.

Her spokesperson Steffen Seibert has admitted that the “differences of opinion” between the two leaders on issues such as refugee policy were well known and that they would tackle current events in their discussions.

Despite the political tensions between the two, Hungary and Germany enjoy close economic relations.

Germany is Hungary’s largest trading partner and a major source of foreign investment, particularly in the form of the mighty German car industry.