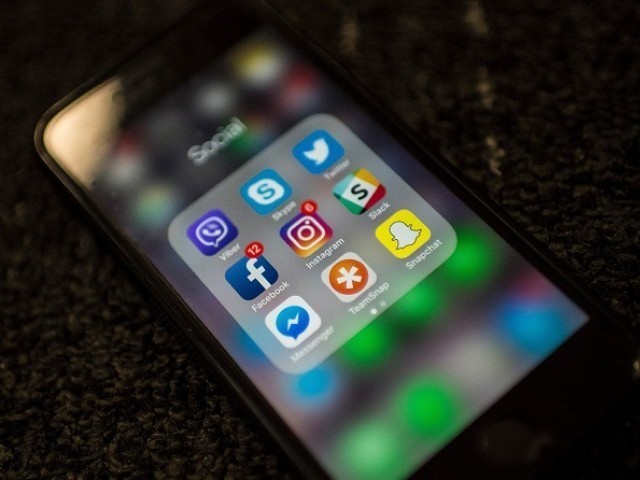 HONG KONG: Twitter and Facebook have accused the Chinese government of backing a social media campaign to discredit Hong Kong’s pro-democracy movement and sow political discord in the city.

The American tech giants announced Monday they had suspended nearly 1,000 active accounts linked to the campaign, while Twitter said it had shut down about 200,000 more before they could inflict any damage.

“These accounts were deliberately and specifically attempting to sow political discord in Hong Kong, including undermining the legitimacy and political positions of the protest movement on the ground,” Twitter said, referring to the active accounts it shut down.

Facebook said some of the posts from accounts it banned compared the protesters in Hong Kong with Islamic State group militants, branded them “cockroaches” and alleged they planned to kill people using slingshots.

Hong Kong, a semi-autonomous southern Chinese city and one of the world’s most important financial hubs, is in the grip of an unprecedented political crisis that has seen millions of people take to the streets demanding greater freedoms.

China’s communist rulers have warned they may be prepared to deploy force to quell the nearly three months of unrest, and likened violent protesters to “terrorists”.

However, they have publicly largely left the city’s leaders and police force to try and resolve the crisis.

Behind the scenes online though, the Chinese government is seeking to sway public opinion about Hong Kong, according to Twitter and Facebook.

“We are disclosing a significant state-backed information operation focused on the situation in Hong Kong, specifically the protest movement and their calls for political change,” Twitter said.

It said it had pulled 936 accounts originating in China that were spreading disinformation.

“Based on our intensive investigations, we have reliable evidence to support that this is a coordinated state-backed operation,” Twitter said.

Because of the bans, many of the fake accounts were accessed using “virtual private networks” that give a deceptive picture of the user’s location, Twitter said.

“However, some accounts accessed Twitter from specific unblocked IP addresses originating in mainland China,” it said.

Among the handles removed were pages linking to Hong Kong-based pro-Beijing newspapers describing protesters as “rioters”.

“Although the people behind this activity attempted to conceal their identities, our investigation found links to individuals associated with the Chinese government,” Facebook said.

A huge peaceful rally on Sunday, which organisers said drew 1.7 million people to the city’s rain-slicked streets, was seen as an attempt by the protest movement to reclaim the moral high ground after escalating violence.

No arrests were made and there were none of the tear gas-framed police baton charges that have characterised recent weeks.

On Tuesday embattled city leader Carrie Lam recognised the “largely peaceful” nature of the mass rally, appearing to soften her previously hardline towards the protests.

“I sincerely wish this meant our society is moving away from violence,” she told reporters in her first reaction to Sunday’s rally.

But she did not offer substantial concessions to the protest demands for an independent probe into alleged police brutality and to officially withdraw the flashpoint extradition bill.

Experts say the protests will likely continue using both violent and non-violent means as long as there is no substantial climbdown from the government.

A widely circulated social media agenda for protesters lists peaceful actions across the week ranging from blocking metro stations on Wednesday, to forming a human chain and blockading transport routes into the airport on Saturday.