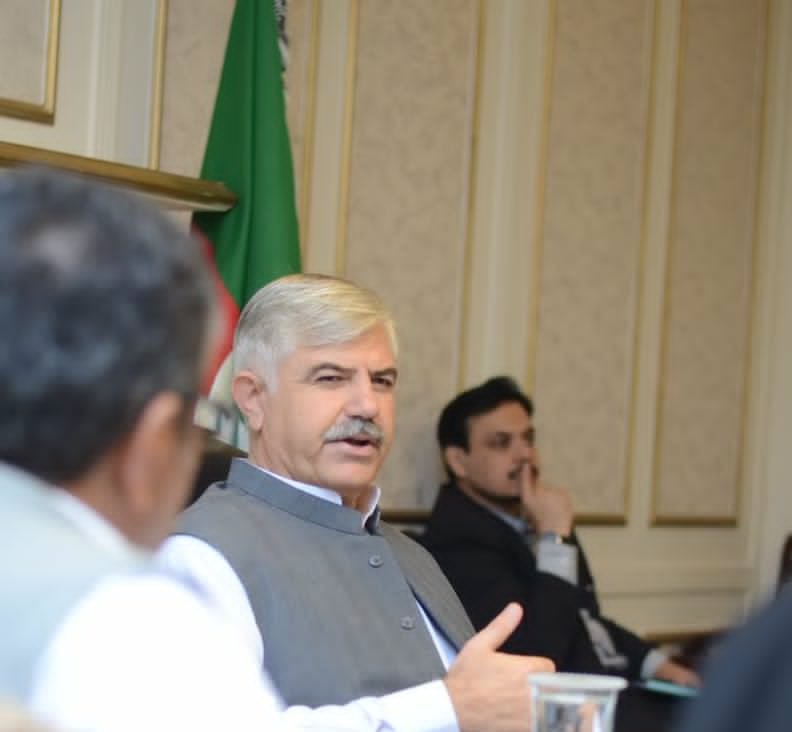 PESHAWAR: The provincial government has decided to revive the Safe City project for the provincial capital and has sought assistance from Punjab in this regard.

Officials disclosed that last month, Khyber-Pakhtunkhwa (K-P) Chief Minister Mahmood Khan had directed to bring the decade-old Safe City project — which outlines the installation of an elaborate network of some 6,000 closed-circuit television (CCTV) cameras across Peshawar and a central control room to monitor the feeds — and to revive it.

CM Mahmood has reached out to fellow Pakistan Tehreek-i-Insaf (PTI) member, Punjab Chief Minister Usman Buzdar for assistance in setting up the project. Subsequently, Buzdar had directed key officials from the Lahore Safe City project to attend a meeting with Mahmood on the Peshawar project. “I have been ordered by the Punjab chief minister to offer all possible assistance to the K-P chief minister,” Lahore Safe City Project Chief Executive Officer (CEO) Akbar Nasir Khan told The Express Tribune.

He added that they managed to complete the project in Lahore at a cost of Rs140 million and that they had gone on to help set up the Safe City project in the federal capital as well.

He added that they will try to complete the project in K-P for the lowest cost estimated to be around Rs50 million. The project, he said, will take around two years to complete, including the installation of cameras, laying cables and setting up the control room.

Security officials believe that the Safe City projects will help improve the law and order condition in the city while it will also help make the process of collecting evidence against criminals easier by analysing the footage.

The project idea was first presented by the then interior secretary Azam Khan. The then government had approved it and formed a committee comprising police officials. However, further progress could not be made.

The then Peshawar Capital City Police Officer (CCPO) Karim Khan had told the media that work on the Peshawar Safe City project will start soon with assistance from NESPAK. However, the project failed to take off.

It was later revealed that it would cost a whopping Rs800 million just to secure consultancy for the project.

After this, Mehmood directed officials to contact Punjab government which agreed to support the K-P government.

Sutlej threatens to overflow its banks