"That guy’s got a seriou­s weight proble­m," he said. "Go home. Start exerci­sing. Get him out of here, please.”
By Entertainment Desk
Published: August 18, 2019
Tweet Email 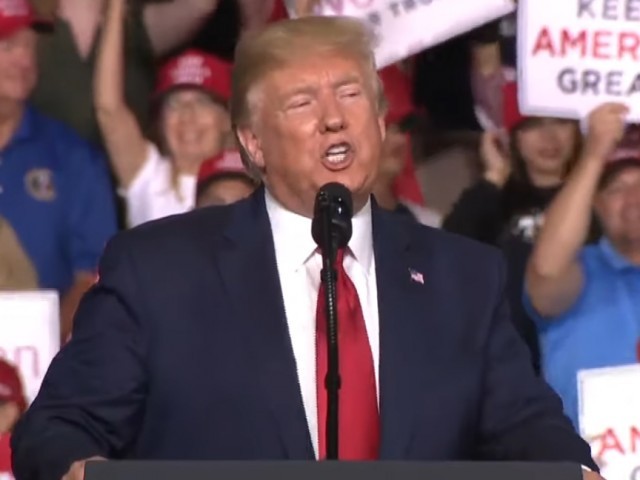 Another day, another instance of US president Donald Trump making a public blunder. This time, it was towards one of his own supporters during a rally in New Hampshire.

Trump purported that he was building a political movement “based on love”, and went on to body-shame a man who turned out to be one of his supporters, reported InStyle.

Wow. Trump mocks a protester for purportedly being overweight.

"That guy has got a serious weight problem. Go home, get some exercise," he says. pic.twitter.com/Nsk1RxvQMf

“That guy’s got a serious weight problem,” he said. “Go home. Start exercising. Get him out of here, please.”

After pausing, he added, “Got a bigger problem than I do.”

Trump then says he has created a movement "built on love."

According to the Associated Press, the rally had been interrupted about a half an hour in by a handful of protesters near the rafters of the arena. As protesters were being led out, a Trump supporter wearing a “Trump 2020” shirt near them began shaking his fist in a sign of support for the the country’s leader, but Trump mistook him for one of the protesters and began commenting on his weight.

The Daily Mail identified the man as Frank Dawson, and reported that he seemed not to mind being called out for supposedly being overweight.

It seems that @realDonaldTrump called Frank Dawson, the fan who he mistakenly identified as an overweight protester. @foxandfriends will have Dawson on tomorrow. He told Fox last night: "Everything’s good! I love the guy! He’s the best thing that ever happened to this country."

“Everything’s good!” Dawson told Fox News. “I love the guy! He’s the best thing that ever happened to this country.”

It was reported Trump did not apologise to the man but later called to thank him for his support.