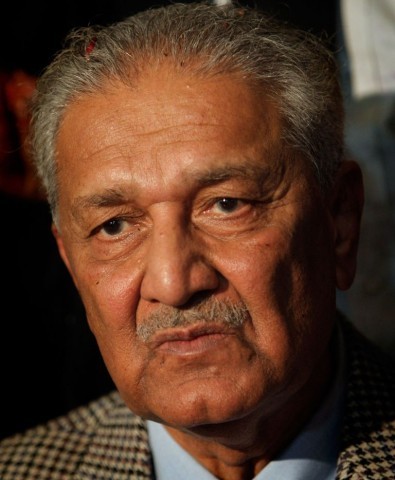 In the application, Dr Khan claimed he did not have accounts on Facebook, Twitter or any other website. He added that the material being shared in his name from different accounts is false and he has nothing to do with it.

“It came to my notice that some people have prepared forged accounts on different websites with my name and picture. Therefore, I am clarifying that I don’t have any accounts on social media,” Dr Khan maintained.

“The false and immature statements being issued in my name on social media are tarnishing my image. I have not authorised anyone to use my name to make accounts,” he clarified. He requested that authorities concerned take strict action against people who are damaging his reputation in the country.

Talking to The Express Tribune, Advocate Muhammad Mudasar Chaudhary said some posts, shared on social media, came to Dr Khan’s notice and then he decided to seek help from the FIA.

Dr Khan said he is not capable of making irresponsible comments. Therefore, I got in touch with the FIA’s cybercrime cell by submitting an application and I request the authority to take action against people involved in operating forged accounts in my name.”