WASA, cantonment board lift 938 tons of garbage in Abbottabad

WASA, cantonment board lift 938 tons of garbage in Abbottabad 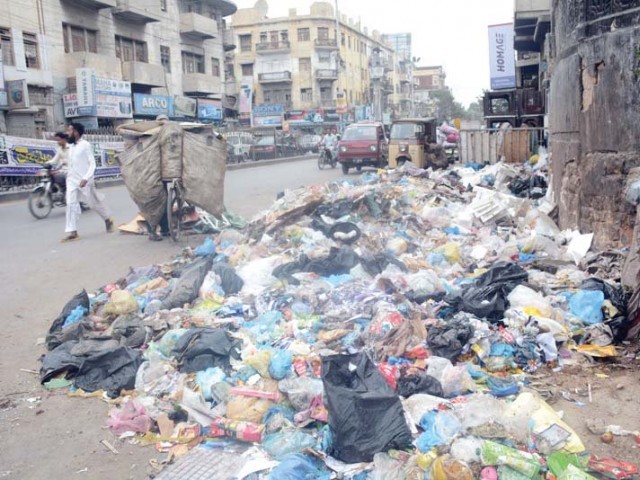 ABBOTTABAD: Water and Sanitation Agency (WASA) Abbottabad and Cantonment Board Abbottabad in the four days of Eid lifted 938 tons of garbage and waste of sacrificial animals in a joint operation from Abbottabad city through 60 vehicles and 370 workers.

Both the department declared an emergency to make the city neat and clean with timely removal of garbage and waste from at least six union councils and cantonment areas of the Abbottabad and for the first time in the history of Abbottabad, animal waste was lifted in a round-the-clock operation conducted by both departments supervised by the WASA Chief Executive Officer (CEO) Noor Qasim and Cantonment Executive Officer Arslan Haider.

Leaves of the entire sanitation staff of WASA and Cantonment Board were cancelled and they had performed the duties day and night.

Around 10,000 bags were distributed by WASA and the Cantonment Board in different parts of the city a day earlier than Eid. At least additional 60 collection points were established from where both departments’ sanitation staff collected the bags while, the bags in far-flung hilly areas of the Kehal, Kunj and Malik Pura where vehicles cannot move were picked up through man to man collection using small a hand barrow.

People have in general appreciated WASA’s gesture in a specially arranged function at Kunj Community Centre where special shields and certificates were given to the WASA sanitation team. WASA Media Manager Umar Swati speaking at the function thanked the community for acknowledgement of their services and asked the people to throw garbage and waste in the bins and not throw it in drains and in front of other houses.

Azerbaijan for UN route on Kashmir