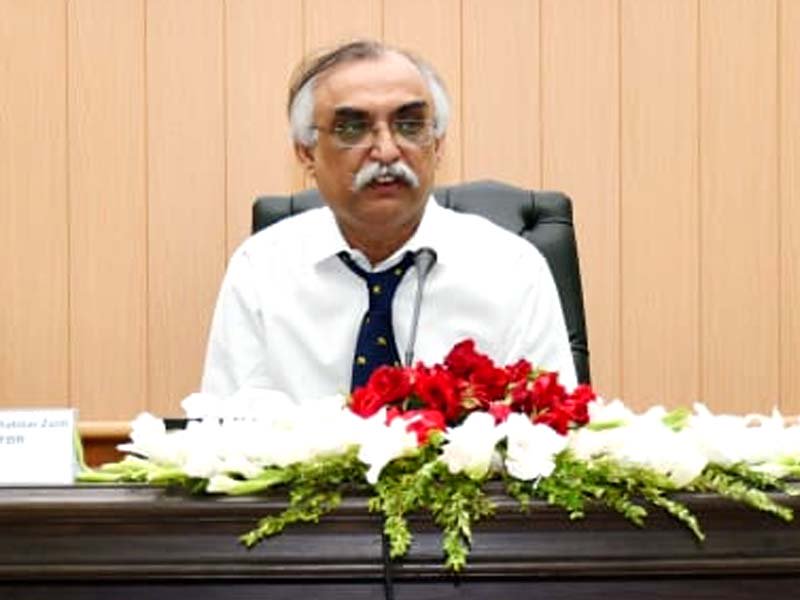 ISLAMABAD: The Federal Board of Revenue has set up a directorate general for export-oriented sectors after it withdrew the zero-rated facility to five major sectors — textile, leather, carpets, sports goods and surgical instruments and restored sales tax at the standard 17% on them.

The new body will monitor these sectors and help them in resolving their tax-related issues.

According to documents available with The Express Tribune, FBR Chairman Shabbar Zaidi chaired a meeting of the tax authority’s Board-in-Council to formally review and approve the establishment of the directorate general.

FBR Inland Revenue Member Operations Seema Shakeel presented a briefing to the council about the functions and job descriptions of the directorate general.

After an extensive review, the council unanimously gave ex-post facto approval to the establishment of the new institution.

“The directorate general will assist export-oriented sectors and facilitate exporters in resolving their issues,” according to a notification issued by the FBR Inland Revenue branch after the meeting.

The directorate general will also organise an awareness campaign pertaining to regime changes introduced through the Finance Act 2019-20 with a view to boosting exports. The institution will exclusively cater to the needs of the five sectors and formulate recommendations for the FBR in light of its analysis and consultation with exporters.

The directorate general will ensure monitoring of the sales tax and FED refunds granted to the exporters. It will ensure that their operations are in compliance with the FBR rules regarding the zero-rated regime. Similarly, the institution will render post-refund analysis and input-output rate analysis of the exports to the FBR while also coordinate with the various associations of exporters with a view to resolve their problems. As per sources, the FBR is preparing up an automated refund system for the five sectors falling under the zero-rated regimes under a special committee formed by the chairman. The committee has also prepared a special module for the automated system which is expected to be finalised by the end of the month after which it will be launched on a trial basis.

The system will have built-in features for assessment and verification of zero-rated exports, minimizing physical contact between exporters and taxpayers for fast processing of refund claims. From the five specified sectors, textile alone comprise of $20 billion produce from which $13 billion represent exports while the remaining constitute goods sold in Pakistani markets.

The federal government in its maiden budget has withdrawn zero-rating facility for goods supplied within the country. Consequently, the goods falling under the specified sectors will be subject to moderate taxes through the automated tax collection system of FBR linked to the goods outlets. The outlets that are not integrated with the FBR system will have to pay the usual 17% sales tax, the sources said, adding that the withdrawal of the zero-rated facility will lead to increase of refund claims for FBR. Exporters concerning the sectors have expressed reservations on the changes and claim to have Rs250 billion in unsettled refund claims. The FBR’s measure for the automated refund system is an attempt to address the concerns of the exporters apparently affected from the changes. The FBR is trying to ensure that the exporters are given refunds within time so that they do not have to face problems arising due to lack of financial liquidity, the sources said.