Many incide­nts of rowdy behavi­our and crimes were report­ed in the metrop­olis
By Muhammad Shahzad
Published: August 16, 2019
Tweet Email 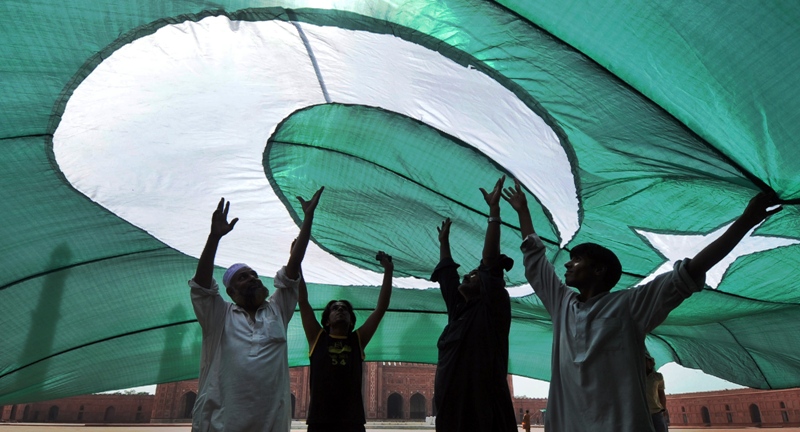 LAHORE: Hundreds of people, most of them teenagers, took to streets on motorcycles for wheelies, aerial firing and eve-teasing to ‘celebrate’ the joy of Eid and Independence Day.

This dominant trend has been en vogue for over a decade. They also tend to block traffic by dancing in the middle of the roads after parking their bikes or cars and also removing silencers of bikes and honking bajas (trumpets_.

This caused a lot of nuisance for the public as well as law enforcement agencies. Many incidents of misbehaviour and crimes were reported in the metropolis.

The commuters remained stuck for hours on roads. Besides, families that come on the roads to become a part of national festivity felt intimidated due to the poor law and order condition and fear of eve-teasing

The number of road traffic crashes also multiplied at such times.

The Punjab Emergency Service Rescue 1122 data revealed that at least 4,677 road traffic crashes (RTCs) were reported throughout Punjab during the three days of Eid. At least 33 people lost their lives and 5,610 were injured. Most of the accidents (80%) involved motorcyclists.

At least 15 people died and 2,048 people were injured on August 14 along across Punjab in 1,692 road traffic crashes. The provincial capital, Lahore topped in the traffic accidents with 915 incidents.

Psychologists and experts commented that the lack of sensitisation and entertainment activities were behind the disgruntled behaviour of the youth. A sociologist was of the view that playgrounds have almost vanished in the city and shopping plazas or housing societies have been erected in their place.

Other cultural activities such as music, concert, mushairas, cinemas and entertainment had been confined to only elite of the city. “The youth, majority of them belonging to the working-class and lower middle class, either had roads or eateries. He said the issue was rooted in socio-economic cultural background,” he said.

The cases of wheelies, bad behaviour, eve-teasing and traffic congestion remained the order of the day during these three days as well. A commuter named Adeel Zaidi said it took him over one and a half hours to travel a passage that he covered in 10-15 minutes during normal days.

To counter the problem, Lahore Police and traffic police remained on the roads on all three days. They had devised a coordinated plan to discourage one-wheeling and other forms of hooliganism. Special teams were put together and pickets were established on main roads of the city. The commanders of Lahore Police also conducted a series of meetings before Eid to mark out the plan.

During their crackdown, they arrested 485 persons over one-wheeling and registered 379 cases during three days ie August 11-14. At least 193 cases were registered in Sadar division, 125 in Model Town, 112 in Cantonment, 38 in City and 17 in Civil Lines.

As many as 26 suspects of aerial firing were arrested and 20 cases were registered. Nine cases were registered in Cantonment, five in Civil lines, four in City, two in Iqbal town, four in Sadar and two in Model Town. A video of aerial firing had also gone viral on social media. Sadar Police after taking notice of the incident arrested the suspect.

SP Sadar Ahsan Saif tweeted, “We tracked down and arrested Ibrahim Sheikh for aerial firing at Canal road in presence of a huge crowd today. His video had gone viral on WhatsApp we traced him from there. Aerial firing can cost valuable lives folks. Please avoid it all cost!”.