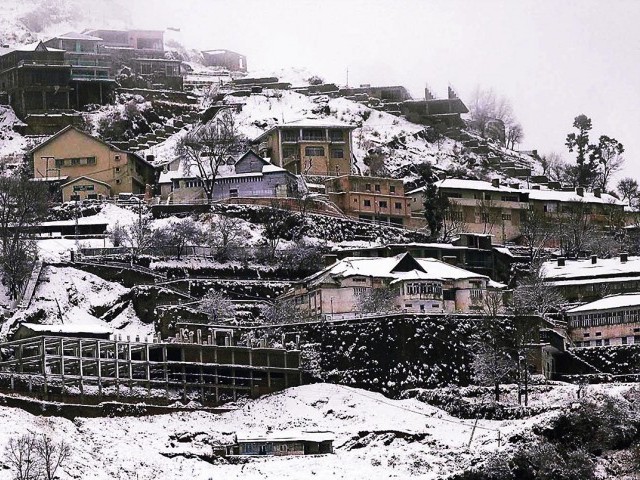 ISLAMABAD / RAWALPINDI: With Eidul Azha and Independence Day offering an extended holiday for the public, the Rawalpindi Chief Police Officer (CPO) Faisal Rana and the Islamabad Traffic Police have respectively laid out plans to manage traffic.

CPO Rana directed officials to keep their focus on hill station of Murree. He added that domestic and foreign tourists have begun arriving in the congested hill station and that they have to work within their available resources to provide the tourists with a completely lawful and peaceful environment.

The CPO was told that on the first day of Eidul Azha, some 1,151 vehicles had entered Murree while 566 returned from Murree.

This increased to 2,703 vehicles by noon on the second day of Eidul Azha on Tuesday. At the same time, some 1,982 vehicles had departed the hill-station.

Rawalpindi CTO said that thus far, they have not received any complaints regarding traffic jams.

Saddar Division SP Rai Mazhar Iqbal said that Murree Police was working around the clock, following the stipulated standard operating procedures (SOP). In this regard, SP Iqbal said that all hotel owners of Murree have been directed to ensure sure that nobody should stay in their hotel without provision of proper records and that in case any such person was allowed to stay and weapons are recovered from them, the hotel owners will be held responsible in any subsequent legal action.

The SP said that every kind of illegal activity or stirring has been prohibited on the roads of Murree. Anyone found involved in any such activity shall be immediately arrested along with the prompt registration of a case against them.

Earlier, the Rawalpindi police conducted a special operation against banned outfits and those collecting sacrificial hides without obtaining permission from the competent authority.

Police in the federal capital has issued a plan to maintain security and smooth traffic flow during the Eidul Azha and Independence Day holidays. Officials assay some 1,700 police officers, including traffic wardens, have been deployed across Islamabad to ensure the safety of the public from the night of August 13 until next day.

Islamabad Police Operations DIG Waqaruddin Syed has issued a special security plan for the protection and safety of parks and recreational spots.

As part of the plan, some 1,200 policemen have been deployed on various recreational spots in the federal capital.

The DIG also directed all personnel to treat visitors, particularly children, with love and respect and that the mistreatment of any citizen will not be tolerated.

The DIG further ordered to maintain strict vetting of vehicles leaving or entering city owing to current law and order situation. He clarified that action will be taken against lethargic police officials.

In this regard, more than 500 wardens have been deployed across the district who will maintain traffic flow on the night of Independence Day and the third day of Eid.

He also directed all related officials to make proper parking arrangements for citizen and to take immediate action against one-wheeling.