Mayor says he will file a petiti­on in Suprem­e Court agains­t the compan­y
By ​ Our Correspondent
Published: August 14, 2019
Tweet Email 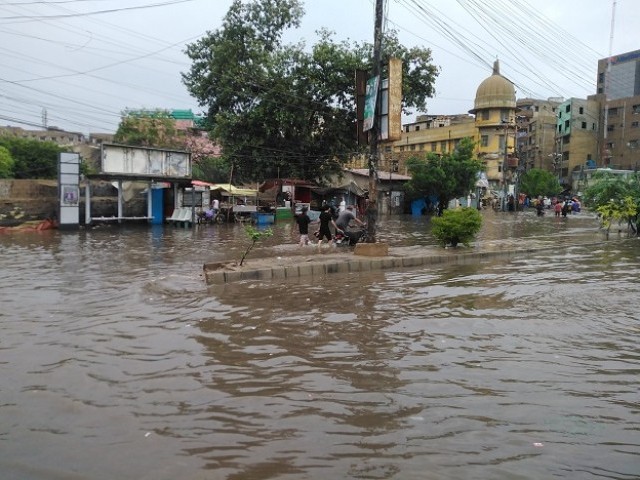 KARACHI: Darakshan Police registered an FIR  against the K-Electric, the only power distribution company in the city, on Tuesday, a day after Talha Tanveer, Faizan Saleem and Hamza Tariq Butt – all three young men in their early 20s – were electrocuted to death during rains in Defence Housing Authority’s Khayaban-e-Shahbaz area. Karachi Mayor Wasim Akhtar also wanted to register the FIR against the company but he couldn’t, despite staying at the police station for over six hours.

“Being mayor of the city it is my responsibility to register an FIR and pursue this case,” said Akhtar, while speaking to the media outside the police station. However, police officials refused to register the complaint, objecting that the names of certain individuals cannot be mentioned in the FIR, he added.

Later, the case was registered by Tariq, the father of Hamza, at the Darkhashan Police Station, against K-Electric’s for their alleged negligence which caused the deaths of the three young men.

Three officials, including the chairman of the K-Electric Ikram Sehgal, have been nominated in the FIR no 500/19. The complainant has demanded government to take action against the K-Electric officials.

Speaking to media, Akhtar said that he will register cases against K-Electric at different police stations and will also file a petition in the Supreme Court. He strongly criticised the company for killing innocent citizens.

Meanwhile, in a statement issued on Tuesday, the K-Electric recalled that before the rains, it had appealed to civic bodies to take preventive and necessary measures to ensure there was no water logging in the city to avoid any untoward incident.

The power utility said that electricity was suspended to flooded areas on the request of civic bodies as a safety measure. It said that the water logging around power installations in low-lying areas hampered restoration efforts, adding that despite challenges, over 1,700 out of more than 1,800 feeders were functioning.

The company lauded the Pakistan Army personnel who helped  clear standing water from one of the strategic electricity installations – the KDA Grid.

According to the statement, Karachi Commissioner and district administration also remained in contact with KE to deal with any emergency. However, the Karachi Mayor and the Karachi Metropolitan Corporation did not extend support in clearing out water near power infrastructure.

It said that the company was also investigating all electrocution incidents. As per initial reports, majority of the incidents either occurred inside homes through broken wires and water pumps or due to non-KE infrastructure such as kundas and hanging lights. KE is deeply saddened by all these incidents and sympathises with the affected families, the statement reads.