Kashmiri men wait before Eidul Azha prayers during restrictions after the scrapping of the special constitutional status. PHOTO: REUTERS

Indian troops clamped tight restrictions on mosques across occupied Kashmir for Monday's Eidul Azha festival, fearing anti-government protests over the stripping of the Muslim-majority region's autonomy, according to residents. 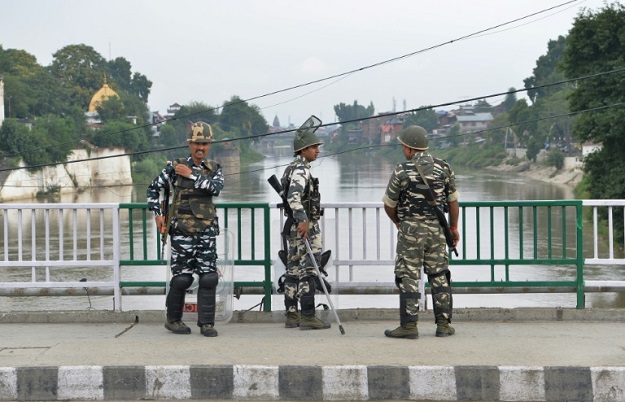 The Himalayan region's biggest mosque, the Jama Masjid, was ordered closed and people were only allowed to pray in smaller local mosques so that no big crowds could gather, witnesses said.


Occupied Kashmir has been in a security lockdown for eight days as the Hindu nationalist government in New Delhi seeks to snuff out opposition to its move to impose tighter central control over the region.

Hundreds of people shouting anti-India slogans spilled on to the streets following prayers in the neighborhood of Soura, the site of a big demonstration on Friday, but authorities largely sealed off the area and kept the protest localized.

“Modi is lying to his people that the removal of special status of Kashmir is good for us,” said Asifa, an 18-year-old woman who was among those protesting after prayers at the shrine of Jinab Sahib in Soura .“We will resist it till our last breath,” she added.

Internet and phone communications have been cut and tens of thousands of troop reinforcements have flooded the main city of Srinagar and other occupied Valley towns and villages.


Authorities had eased restrictions temporarily on Sunday to let residents buy food and supplies for Eid, one of the most important Muslim festivals of the year.


"I can't believe we are forced to be in our homes on this festival. This is the festival of joy and happiness," resident Shanawaz Shah told AFP.

Residents said the security crackdown had made them too fearful to celebrate.


A sheep trader at a Srinagar market, who gave his name as Maqbool, said the number of people buying animals for traditional feasts was sharply lower and he had gone from "huge profits" last year to a "big loss" this time. 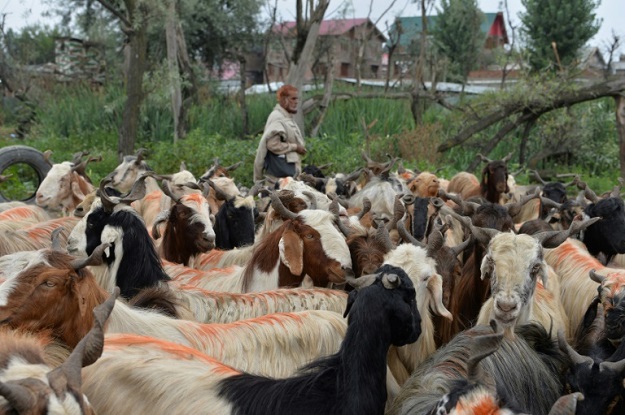 Prime Minister Narendra Modi has insisted the constitutional changes to Kashmir are needed to bring peace and prosperity to a region blighted by a decades-old insurgency against Indian rule that has left tens of thousands dead.


But local Kashmir leaders say that stripping the region of its autonomy risks worsening the unrest.

Many Kashmir political leaders have been detained and Indian media reports said some had been taken to detention centres outside the state.

Protests across Pakistan over India's 'illegal' move in Occupied Kashmir