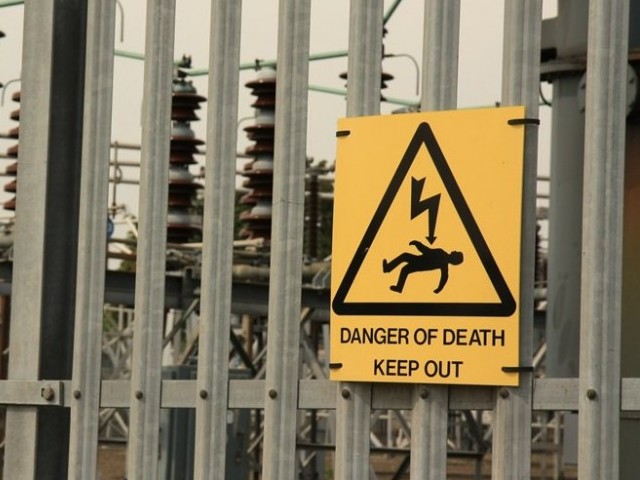 KARACHI: At least three people died in rain-related incidents on Saturday in Karachi. They included 15-year-old Muhammad Kaif and 25-year-old Raees Nawab who died of electrocution while seven-year-old Saleha daughter of Jamil Bangash drowned in rainwater. In addition to this, more than six sacrificial animals also died due to electrocution.

Muhammad Kaif, a resident of Soldier Bazaar locality was a student of 9th grade and he was the only brother of three sisters. He had gone to see the sacrificial cow of his friend in residential apartments, Yasin Square, in Soldier Bazaar in the jurisdiction of Nabi Bakhsh police station on Saturday morning.

It was raining heavily while he reached there and touched the cow which was lying on the floor. Kaif suffered electrocution through the cow and died on the spot.

The SHO Nabi Bakhsh police station, Muhammad Rashid, said that the cow was already dead and still contained electric current after being itself electrocuted and therefore it passed the current to Kaif’s body. He said that the wiring of the building is faulty and there was a wire hanging out of the electricity board since last few days. Residents of this building had cut the wire but it was still carried the current. It passed the current into water collected after rain and electrocuted the cow. Area locals said that we kept calling K-Electric’s complaint cell but the team reached after half an hour and disconnected the electricity supply.  Kaif’s body was shifted to Dr Ruth Pfao Civil Hospital where the police handed it over to the family after medico-legal formalities.

Kaif’s father Abdul Waheed said while talking to The Express Tribune that K-Electric was after the lives of people. “My son went to play cricket after Fajr prayer and then he went to see the sacrificial cow of his friend while returning home.” He said that he works in Press Information Department and they live in Lal Flats. He said that demand for legal action against K-Electric was of no use because our child has gone. K-Electric and other authorities should realise their responsibilities and should take measures to avoid more deaths. He appealed to the Army Chief, CM Sindh and PM Imran Khan to help people get rid of K-Electric. “We kept calling K-Electric for half an hour but didn’t get any response. Kaif’s life wouldn’t be lost if they had suspended the power supply earlier,” he said.

Kaif’s grandmother while talking to The Express Tribune said that what kind of government is this who puts the lives of its citizens in danger. “There is no one to question K-Electric,” she said.

According to Saeedabad police station SHO Shabbir Hussain, ASI Jamil Bangash’s seven-year-old daughter Saleha was playing outside the house. Rainwater had collected in the street and formed a pond in which Saleha drowned. Edhi volunteers took the body out of the water and handed it over to the family. The family refused for any legal formalities.

Meanwhile, 25-year-old Raees Nawab died of electrocution while he was trying to fix the water pumping motor in his house in Mianwali Colony in the jurisdiction of Manghopir police station.

At least five sacrificial cows also died in Soldier Bazaar, Malir Ansu Goth and other areas. Three cows were in a tent provided with light with electricity wires. The tent fell down on the cows as it rained heavily in the morning and cows got electrocuted by the wires.

Meanwhile, Sindh Minister for Information and Archives and Labour Saeed Ghani said that it was extremely regrettable that no case had been registered against the K-Electric (KE) so far. According to Ghani, the Sindh government would register the FIR against KE on behalf of the families of those who died due to electrocution in the recent rain spell.

Speaking to the media of Friday, Ghani said that the provincial government had adopted all necessary precautionary measures before the first monsoon spell and funds had been released for the cleanliness of drains. “The people who could not handle rain emergencies in Peshawar are demanding our resignation. Did the Peshawar chief minister resign? Even the Punjab chief minister did not resign after his drama in Lahore,” said Ghani.

According to the minister, it was because of the inefficiency of the Hyderabad Electric Supply Company that rainwater could not be timely drained. He added that the KE was not being regulated by the provincial government.