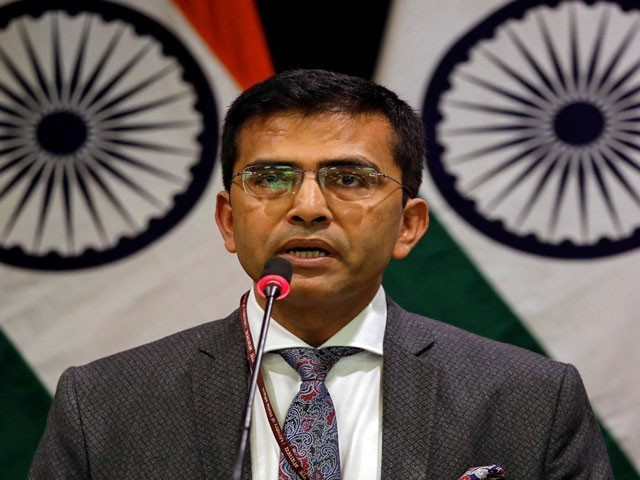 Speaking during a weekly media briefing, Indian Ministry of External Affairs Spokesperson Raveesh Kumar said, “Action taken by Pakistan is unilateral, have not consulted us. Whether it is Samjhauta Express, trade relationship has been done without consulting us. We have urged them to reconsider these decisions.”

Pakistan said on Friday it was halting the last train service running to India after suspending Samjhauta Express a day earlier, amid rising tension between the neighbours over New Delhi’s decision to revoke the special status of Indian-occupied Kashmir (IoK).

Reacting on Pakistan’s response, he said, “If Pakistan decides to internationalise the matter, then we will have to take countermeasures.”

Commenting on communication blockade in IoK, Kumar claimed the precautionary measures were taken to prevent disruption of law and order in the valley.

A security lockdown continued in IoK although residents were allowed to attend Friday prayers in some local mosques.

India this week withdrew IoK’s right to frame its own laws and allowed non-residents to buy property there, a move hailed by Pakistan and the world illegal and unconstitutional.