Both have their advant­ages and disadv­antage­s but why is experi­ence less discus­sed than nation­ality?
By Abdul Majid
Published: August 9, 2019
Tweet Email 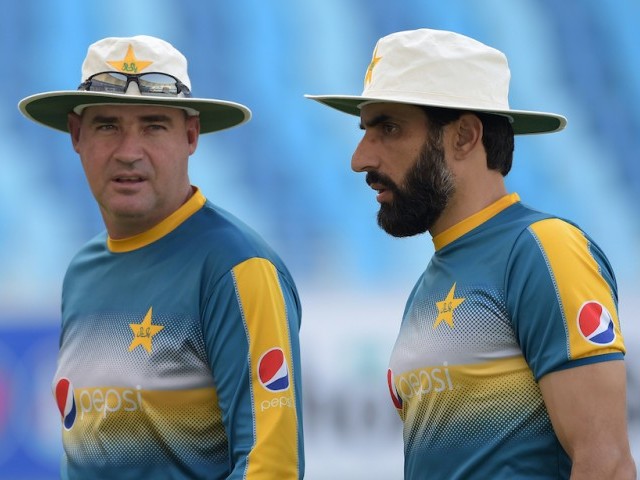 Pakistan Cricket Board’s head hunt to find the new head coach moves one step further as the advertisement for the post has been put up, but there is one question that is being asked by everyone. Will the head coach be a foreigner or a local legend?

The question may seem a little too uncalled for. Why does it matter so much? A good head coach is a good head coach, why are we more concerned about his nationality and not his stature or experience in the job?

The answer can only be found if we look closely at the pool of players with which the new head coach will work and also the system in which he will be asked to produce results.

Pakistan has had a very bad relationship with merit, as a country, and also in the management of the game of cricket.

Nepotism has been at the core of Pakistan cricket since the very beginning. Players were called in and pushed out of squads and teams merely on the basis of liking and disliking.

Pakistan cricket’s Pandora box is full of well-known but never proven cases of favouritism and discrimination (read Fawad Alam between the lines), and this just might be the reason to not appoint a local coach for a team like Pakistan.

Former coaches of the national team who played cricket for Pakistan before becoming coaches, have nothing good to show, not in terms of performances, but in terms of their time as the man in charge of the team.

News of preferential treatment by head coaches of certain players has made rounds in the past, but as clearly evident as they were, they were never proven to be true.

Everyone knows and still talks about the groupings that have taken place in the team in the past. Even the recent 50-over World Cup was marred by controversy that there was grouping in the team.

However, since no player ever came forward and accepted it, the news of nepotism and groupings also always disappeared once the team started winning.

So, all this ‘news’, even if one of them, was or is true, then a very strong case can be built against appointing a local coach for the Pakistan cricket team.

Professionalism demands that the head coach and selection committee chairman remain neutral and select players on the basis of performances, but most of our former legends are also working with Pakistan Super League franchises.

Conflict of interest thus will be a point to ponder upon if one of Pakistan’s former legends, who may also be associated with a PSL franchise, is brought on as head coach or chief selector.A

A foreign head coach doesn’t come with the baggage of any favourite players or relatives or anything. He can be trusted, more than a local one, to be neutral in terms of selection of players as he doesn’t have any connection with the players other than cricket.

Meanwhile there is one problem that a local coach can solve and that is the language barrier. This is a systemic fault which the PCB has never acknowledged. Players need to learn English language in order to better communicate with other cricketers, or even foreign legends so that they can gain valuable insight into the game.

(The argument can be made that we have enough legends to learn from and they speak Urdu, but most of them charge handsome amounts for mere visits or will talk to players only if they are working with the PCB, for a set amount of monthly pay, so…)

However, since there are no schools, colleges or universities which formally educate upcoming cricketers while also giving them room to play the game, the language problem is always evident when our players are asked to sit in press conferences or speak in a post-match interview.

This point in no way undermines the important of Urdu or overexerts the important of English as a language, but it is only here to make the point that when a foreign head coach or a foreign batting or bowling coach explains something to a player who doesn’t speak or understand the language good enough, it becomes a hindrance in the learning and teaching process.

A local coach however will be able to listen to and understand the problem faced by bowlers and batsmen easily and guide them properly — one point in favour of a local coach.

All in all, Pakistan cricket needs to move forward from depending too much on coaches and rather focus on developing a pool of players who are both formally educated and can also make the ball or bat or maybe both talk for them.

This brings us to the topic of school cricket, but lets keep that for another day.