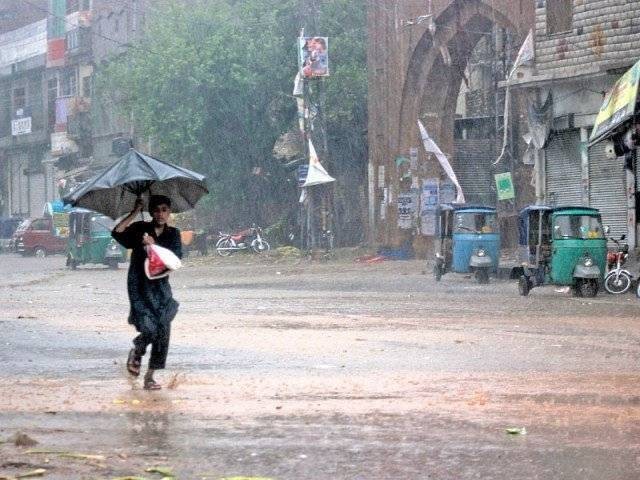 KARACHI: With the city still reeling from the effects of the first spell of the monsoon rains, the Sindh government has been frantically holding meetings and issuing advisories as the province braces for the second spell, which, according to the Pakistan Meteorological Department, may bring even more rainfall than its predecessor.

The Met Department has predicted heavy rains, accompanied by thunderstorm in the coastal districts of the province from August 10 to August 12. Officials have also warned about the risk of urban flooding, adding that the current monsoon system could be stronger than the previous one.

According to the weather advisory issued on Thursday, the low pressure system, which originated in the Bay of Bengal, has turned into an extremely low pressure (depression) system and will reach Rajasthan, India, on August 9 late at night.

Heavy rainfall with thunderstorm is expected as a result in Tharparkar, Mirpurkhas, Thatta, Badin, Hyderabad, Shaheed Benazirabad and Karachi on August 9 to 12. There is a risk of urban flooding in Karachi and other districts of interior Sindh including Thatta, Badin and Hyderabad if the system persists in its current form.

On Thursday, Sindh Chief Minister Syed Murad Ali Shah presided over a meeting attended by various departments and agencies of the local government, police and health department. The Sindh government has also issued a notification, cancelling the leaves of all government employees, who have been directed to “remain available at their places of posting during the period of rain emergency”.

During the meeting, the chief minister directed local government minister, Syed Nasir Shah, again to ensure the functioning of dewatering pumps and that all the storm water drains had been de-silted and cleaned.

In response to a question, the Provincial Disaster Management Authority Director-General Salman Shah said that the provincial emergency operation centre has been operationalised round-the-clock. He added that the districts have been instructed to submit their requirements for assistance to cope with the fallout from the rain.

The PDMA has provided 141 heavy de-watering pumps to four divisional headquarters, including 53 to Karachi, 67 to Hyderabad, 15 to Larkana and six to Sukkur. The PDMA official said that 95 more dewatering pumps were available in their stores and could be used as and when needed.

The chief minister, speaking with the Hyderabad divisional and district administration officials via video link, said that the Water and Sanitation Agency had failed in the dewatering exercise due to power outages. They should have made alternative arrangements for power source to operate their pumping stations, he remarked. “I will not tolerate such a failure this time – we all have to learn lessons from our mistakes and have to work with new spirit, vigour and experience,” he said.

The chief minister said that the root cause of urban flooding was the closure of natural drains, such as the construction of road embankments without proper crossovers, plotting over hill torrent beds and encroachments in the water ways of hill torrents. Irrigation special secretary Aslam Ansari said that housing schemes have been constructed on Lat Nai.

Shah said that he wanted to conduct hydrological studies of Karachi. “I am planning to connect the dead-end drainage line to the main storm water drainage system, which are the Lyari and Malir rivers,” he said, adding that important installations such as grid stations and pumping stations would be protected by constructing ring bunds.

Karachi Water and Sewerage Board Managing Director Asadullah Khan said that the sewerage system of the city was not designed for the intake of rainwater. He added that solid waste, debris and garbage of roads flow into the sewerage lines with rainwater, which causes blockages.

Sindh Police chief IG Dr Kaleem Imam told the chief minister that police would be ready to assist the district administration and people across the province in case of any emergency.

The chief minister directed the police chief to activate the Traffic police during heavy rains so they could regulate traffic on the roads. He also directed him to work out a detailed security plan for Eidul Azha.

The chief minister also directed deputy commissioners and local bodies officials to designate appropriate places and grounds for the slaughter of sacrificial animals so that offal may not get swept away by the rain water and obstruct the sewerage system.

Concluding the meeting, the CM directed all the hospitals to declare an emergency and arrange the necessary medicines so they may provide the best services to the people during the heavy rains and Eid days.

Meanwhile, Karachi Mayor Wasim Akhtar has declared an emergency in all the hospitals run by the Karachi Metropolitan Corporation as a precautionary measure for the expected heavy rainfall.

Akhtar has ordered the medical superintendents of all these hospitals to ensure the presence of staff in the hospitals. The leaves of all doctors and paramedical staff from Friday to Monday have been cancelled.

With additional reporting by Naeem Khanzada